Take This Play Through of Retro Classic Legend of Zelda 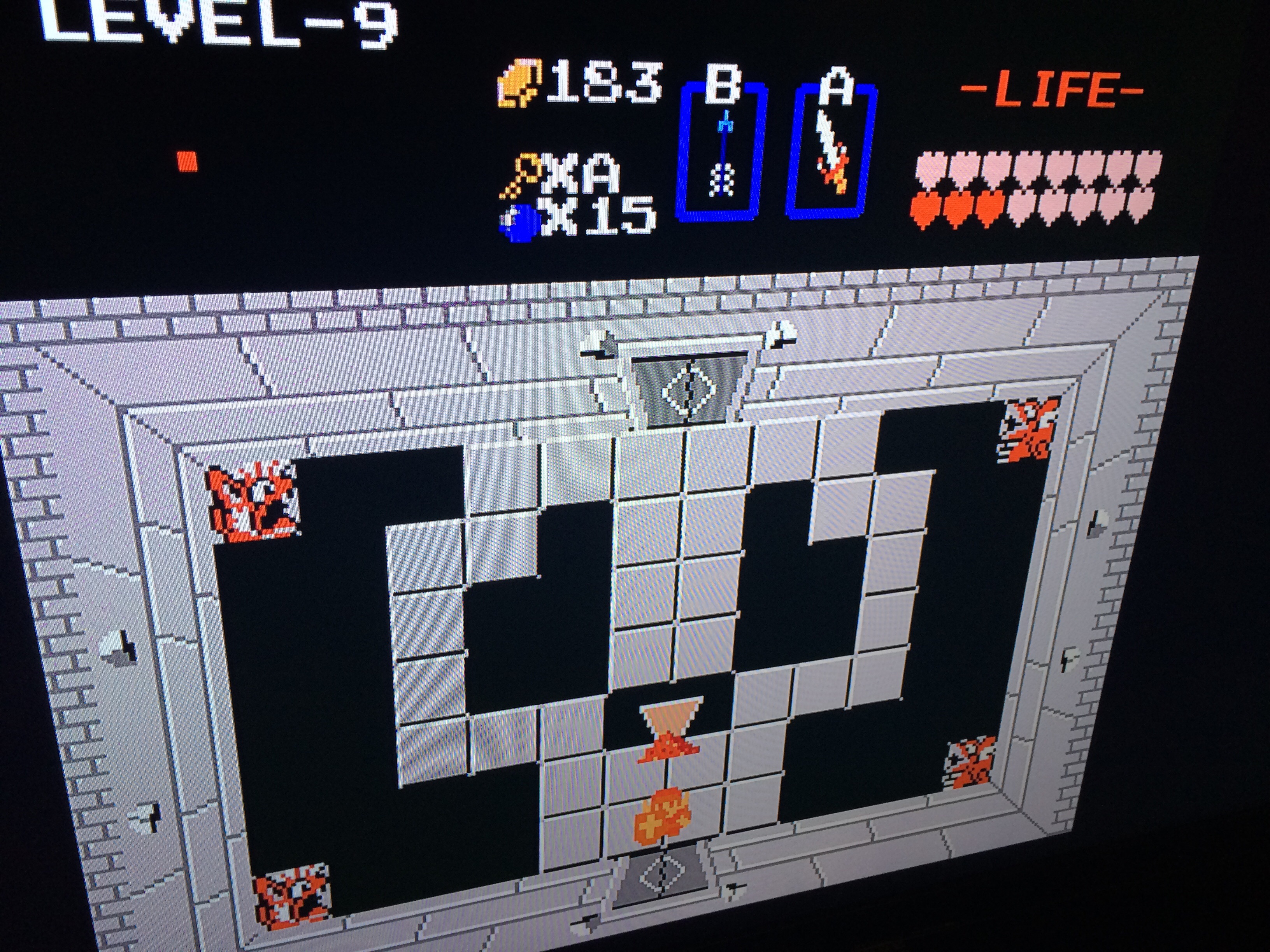 I've been feeling pretty horribly recently after coming down with the flu for the second time this year. Having the flu is a miserable process during which you find out how much unfortunate material can come out of your nose. I've been spending quite a lot of time resting and have had a few hours of time to fill. I've wanted to replay some classic NES titles, something Travis inspired me to do after he started his recent series 80's reruns(looking forward to the next installment). I decided to not cut any corners and head back to the grand daddy NES classic The Legend of Zelda. I am not going to spend much time aggrandizing the game, we all know how awesome it is. Instead I want to talk a bit about how I play the game and how that process went this time around.

First things first, The Legend of Zelda can be completed quickly if you have a good guide or know what you are doing. I spent about 5 days of an hour here and there and I had it completed quickly. As someone that is now enjoying smaller games, The Legend of Zelda shines here. I don't believe Nintendo set out to create a short game but due to NES limitations the game isn't very long.

The Legend of Zelda is an open world game such that you can complete certain dungeons out of order and spend a lot of time in the overworld before you start dungeon one. My typical play through finds me collecting the blue candle, shield, blue ring, blue sword, bombs, arrow, letter and red potion and bait before I start the first dungeon. When I was young I used to go directly to dungeon two to get the silver boomerang as that was MUCH more useful than the wooden one you get in dungeon one. From there I'd nab the bracelet and keep going to each dungeon until I could nab the master sword.

One useful thing that helps out quite a bit is overpowering yourself by collecting a bunch of stuff when you have the ability to as opposed to a bit at a time. The game ramps up pretty quickly in dungeon 6 and at that point you can't get the master sword yet so the dungeon is just really hard. So do yourself a favor and get everything you can before you enter a dungeon, it will help considerably.

The Legend of Zelda contains some really interesting dungeon design. The first few dungeons are good at dropping you into the game and to my taste get a little samey during the middle runs until dungeon seven, eight and nine which are superb. Dungeon seven is a standout in that instead of giving you something entirely new as most of the dungeons did to that point, it combines many things you've already seen. It also takes the difficulty down and I found it a very nice change of pace. Dungeon 8 brings the difficulty back and enforces that you must kill room after room of blue knights, which are in my view the hardest enemy in Zelda until you get the red ring.

The final level mixes things up even more by bringing maze like mechanics to bear. It also contains the red ring, something you should immediately try to get as it makes completing the rest of dungeon much simpler.

The Legend of Zelda is a great game but has a few design points I thought might not have worked as they may have intended or I haven't seen in any Zelda game since. For instance you can collect keys and those keys will work in all of the dungeons. You can also purchase keys in shops. The Legend of Zelda also has dungeons where you don't need to visit every room to collect the important items. What this has the effect of doing is giving you a glut of keys if you know which rooms are useless. For instance, after dungeon two I had about 6 keys. This meant that I had to spend little time collecting them in later dungeons, which is part of the Zelda puzzling mechanic. Later on you receive a magical key in dungeon 8 that allows you to unlock an infinite amount of locked doors. This is handy for dungeon nine and made it a much speedier process but practically speaking, you can get this behavior after dungeon two by hoarding keys.

One element I noticed this play through is how hard it is to hit enemies without taking damage yourself. I realized over time that one of the reason the boomerang exists isn't just to collect hard to reach items but make it so you can kill enemies without taking as much damage as you would otherwise. The stun first and sword attack is critical in this game as it isn't in later Zelda titles. For instance in The Ocarina of Time and Link to the Past the boomerang can be used to stun and it's useful but it's not as critical as it is in this game to stay alive.

If you have any thoughts about the Legend of Zelda or anything i've written about let me know in the comments.