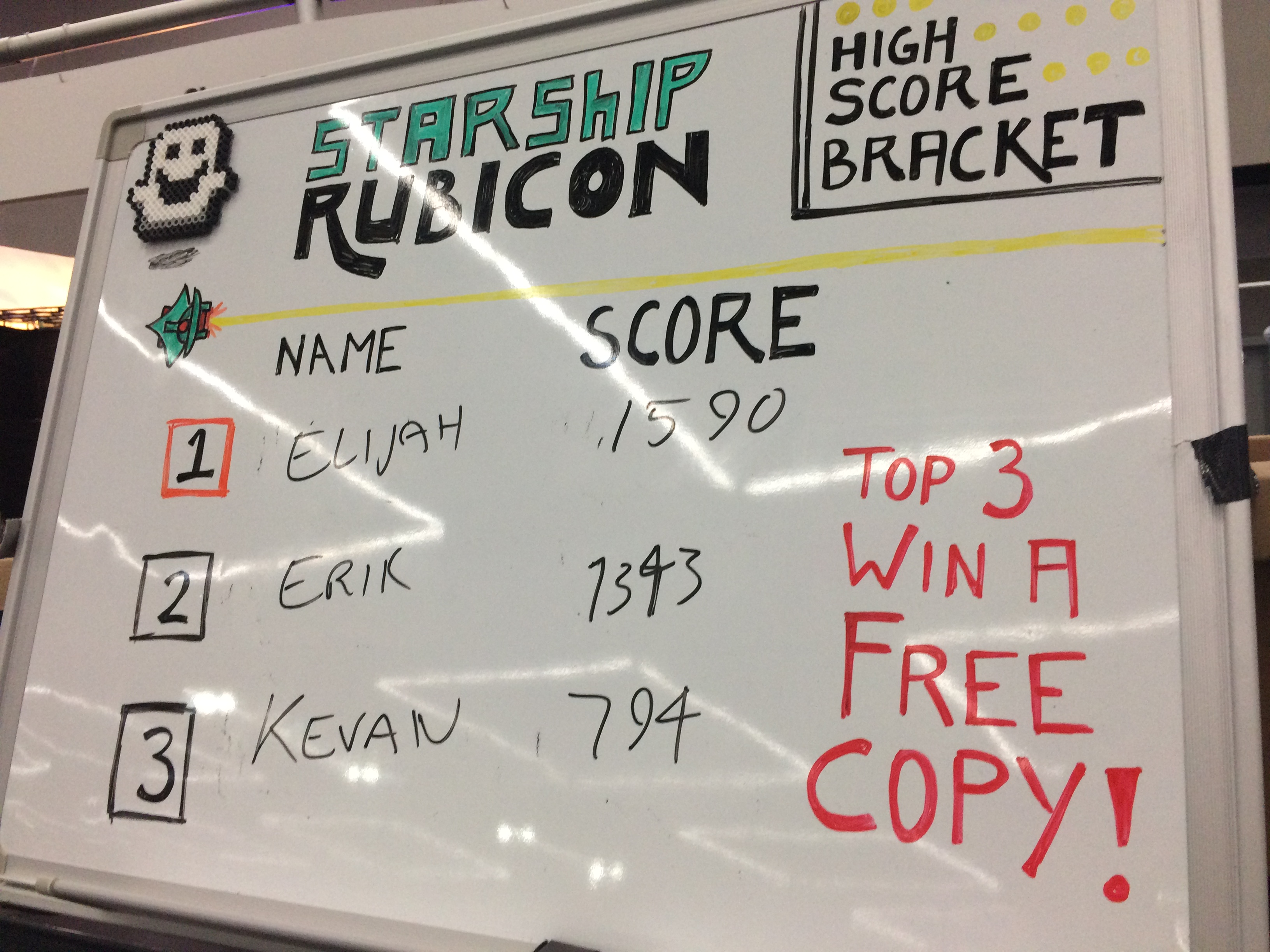 I want to thank everyone that came to our booth at this years Portland Retro Game Expo. Wick and I enjoyed talking with people about the game and seeing what cool stuff people picked up. I also want to applaud the 6 winners of our ranked ladder, some of those scores were no small feat!

Portland Retro Game Expo is my favorite convention of the year because the community and vendors are so much fun. This year I came to the expo with a goal. Replace my broken Gameboy. Beforehand I made the choice to buy a Gameboy Advance SP as it plays original Gameboy games as well as advance games. The backlit display and nicer form factor make the Advance SP a much better Gameboy and after looking at a few booths I bought one from Alex Hobizal. I also picked up the Zelda Four Swords / Link to the Past cart. Link to the Past on Advance is a great port and so far I am noticing a few graphic and musical changes to accommodate the Gameboy hardware but largely it is a nearly perfect port. Alongside those purchases I picked up Kirbys Dreamland in the original box, Gameboy Golf, Metroid II Return of Samus and Namco Museum.

Another booth I checked out was GraceWorks Interactive. They were showcasing retro bible games like Super Noahs Ark 3D, Spiritual Warfare and Catchumen. While I am no longer religious I played the hell out of Wisdom Trees games such as Spiritual Warfare and Bible Adventures. It might be my child-like nostalgia blinders, but I had a ton of fun playing those games and they have a special place in my gaming heart. GraceWorks had some stickers from the original promotion of those games I grabbed. It's awesome people still have those in stock and are selling them. I also picked up a pearler bead Moogle from Final Fantasy VI at the Mel Paradise booth.

Oh and did I mentioned I won a raffle and won the Zero Point arcade cabinet. I need to figure out a way to get it into my garage but after that you should all expect a review of it. It's kind of awesome to think that i'll have an honest to God actual arcade cabinet in my house. I bet when it's actually in my house it will feel more real, it's still really shocking I won.

If you want to peruse the imgur album of pictures I took from the event check the album below. Look forward to seeing you at next years expo.

Awesome! I wish I could have been there!

As for the Gameboy Advance SP, I remember when it was released and I got one soon after. That was about the time Final Fantasy Tactics Advance(d) came out and I loved that game, too! Unfortunately, my SP doesn't play anymore. I think the battery probably needs to be replaced. I still have it and loved it.

I had Metroid II. I'm not sure if I still have it, but I liked it. It would be cool to play again.

Oh man, you won an arcade cabinet? I am so jealous! Can I be your best friend? :)