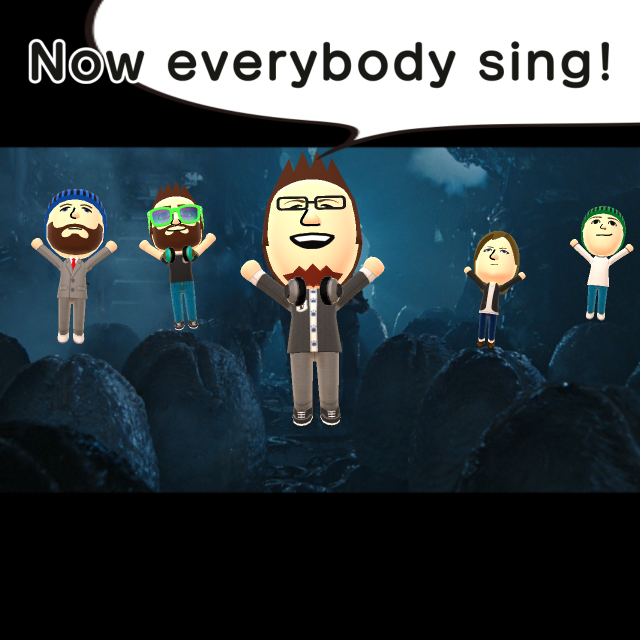 Nintendo launched Miitomo last Thursday in the United States and i’ve been using it pretty religiously since then. It’s a strangely addicting social network that focuses on your friends and you answering questions and the conversations that erupt from that. It just might be my friend group, but there have been some really hilarious discussions created with it. Sometimes the discussions get a bit too meta or poop-focused for my taste but I really think Nintendo did a good job with Miitomo. Nintendo has built a very solid base to branch out from and I can’t wait to see how Miitomo changes over time.

What’s The Point of Miitomo?

Nintendo is great at making hardware and games. Even though Nintendo is doing well considering how many different video game companies are out there one area they can improve is online features and multiplayer. I believe Milltomo is an attempt to get the Nintendo brand and system on as many devices and used by as many people as possible. This is useful if Nintendo can hook this network into its devices and use it as a way to harmonize all your hardware under a Nintendo banner. Consider a world where you buy, rent or use a Netflix-like Nintendo service to play games on all your devices? Miitomo and your Nintendo account could facilitate this and tie all your systems together. Will Miitomo and your Nintendo Account at some point operate akin to Steam? It’s possible and now a bit more so.

What Do You Do With Miitomo?

Right now you can customize the look of your Mii, personalize it’s voice and customize your Mii’s clothing by spending in game Miitomo gold. You get a healthy amount of free gold and they are not cheap on handing out more over time. Right now I am saving up as I am not sure when the gold fountain will end and don’t mind waiting to see how they hand out free gold over the up-coming weeks. If you want even more gold you can spend real money to buy more, which seems to be a standard for free to play games that are not evil. It seems that free to play and the ability to pay more for customizations is the route of Team Fortress 2, Counter-Strike Go and other games players consider the right way to do free to play.

Beyond Mii customizations you can also communicate with your friends by commenting on their answers and asking them personal questions.

You can also earn in game tickets to spend on a Pachinko like game to earn free Mii clothes or candy. Candy can be spent to continue talking to friends, something that seems very strange for a social network but currently a thing.

To me one killer feature of Miitomo is the ability to create fun and crazy pictures of you and your friends. I’ve seen some really creative images built with Miitomo and I imagine we will see more pop up as people push it to it’s limit. If you are interested in seeing a couple more images I created hit the link below.

I’d like to see Nintendo add the ability to web link to your personal Miitomo profile. One thing i’d like to see Nintendo do more in general is allow you to link to your Nintendo profile so Cheerful Ghost can integrate more with it. One neat part of the PC space is that it’s very web friendly and as such we integrate right into your Steam account, allow authentication with Steam, import your steam games list and also integrate with your Battle.net, StarCraft II and Diablo III public profiles. We do this because companies allow this integration and in a world where Microsoft and Sony no longer allow it, Nintendo should. Plus it would be nice to give your friends a web link they can hit to friend you in Miitomo, something lots of social networks allow.

It's addictive and unique, adding new elements to the normal social paradigm to kinda blur social network and game together. I had a lot of fun with it.

But it's needy and overwhelming after the first few days. It wants you to add a ton of friends for achievements and bonuses, so you keep getting friend requests from people who are friends of friends, and you end up with so many answers from your friends that you'd need a decade to get through them all.

I'm kinda glad I don't actually know many people using it, so I can pare down my friends list. If I actually knew 25 people who used it, I wouldn't like it as much.

So basically they have a solid app/game with some really unique elements that needs some serious work. But we're in the first week or two, so there's definitely room for improvement.

> But it's needy and overwhelming after the first few days.

I agree. I unfriended someone because their feed was strange and I didn't like seeing their stuff pop up. They immediately tried to friend me back.

That said, I do enjoy my interactions with it, but I don't love seeing 50 notifications from it.

> So basically they have a solid app/game with some really unique elements that needs some serious work. But we're in the first week or two, so there's definitely room for improvement.

Since it got so much use, I imagine we will see lots of continued improvement to it.