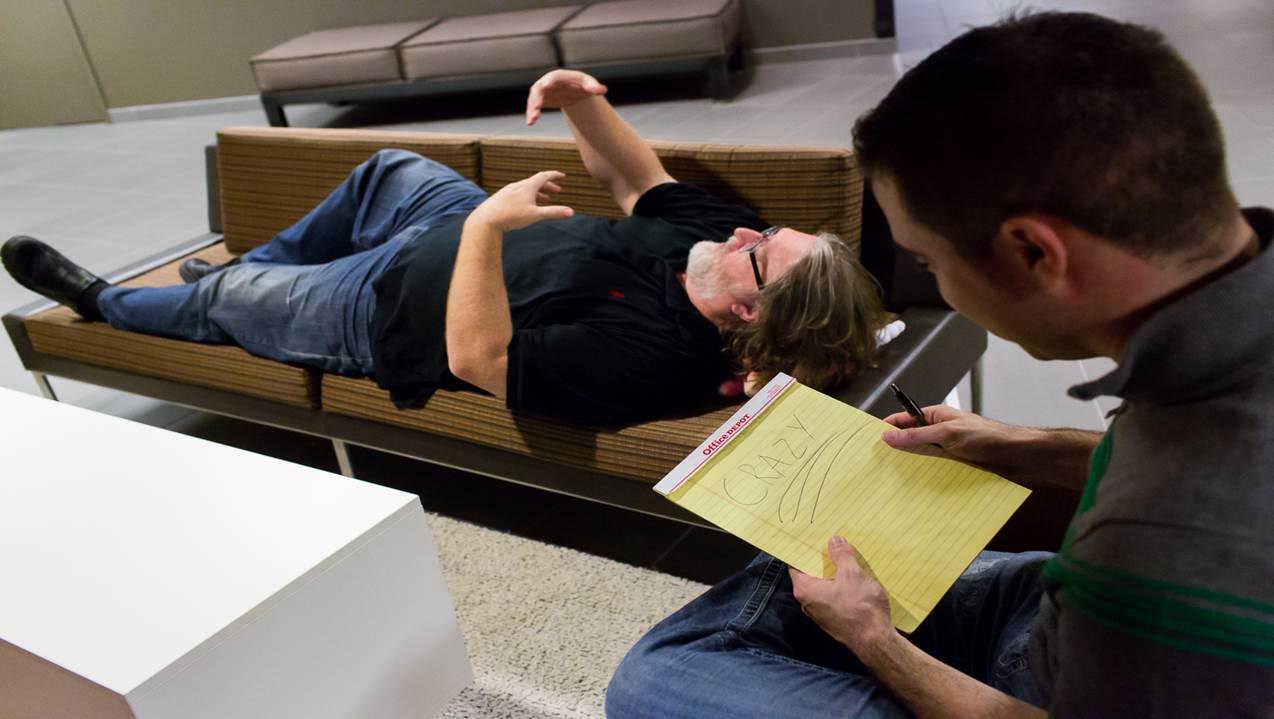 Even though i'm more than a couple days late to writing about the second day of Steam Developer Days I wanted to get out my thoughts while they are still nearly fresh in my mind. Spoiler alert, day two was incredible but the drive home from Seattle to Portland that night was precarious as I had to navigate the freak storm that occurred as some remnants of Typhoon Songda hit the west coast. I feel bad for my steering wheel as my clenched fingers strangled it for many tense driving moments but the wheel and I made it home safely.

One of the most interesting parts of the second devs days was Mike Ambinder's talk on The Psychology Of Games. When the talks are released from Steam Developer Days I plan on featuring the talk in a post for people to watch and talk more about it. There were many standout parts to Mike's talk but the thing I thought about was how Developer choice can effect player preference. Mike also talked about cognitive dissonance and how they used that to change toxic behavior in DoTA 2. His talk also featured the hilarious picture of him and Gabe embedded above and I want to thank Mike letting me use the image in this blog post.

Another interesting talk was by Ronimo Games(the creators of Awesomenauts) about games as a service. Traditionally a game was released as a physical product and after the initial wave of sales you were done with it. You'd maybe drop a patch or two and sometimes an expansion but for the most part, after launch, developers and companies were done with the game. Ronimo takes a different approach to this with Awesomenauts as they are always releasing content in the form of game patches, heroes, skins and expansions. They've been utilizing the games as a service model since 2012 and it seems to have served them and the fans of the game well. Fans get more of what they love and Ronimo can keep the studio lights on. I found a few things out in this talk in that when players buy Awesomenauts skins one reason they often do that is to support the developers. Players see it more as a patronage of the company and want to support them as a studio. Ronimo also was straight up honest that they held back some content at launch so they could focus on post release promises and be able to fund fixing bugs. Usually companies are not transparent about this but Ronimo was pretty straight forward about the costs of running a studio and being able to keep post release commitments by having the work done in advance.

If I had one suggestion for next years Steam Developer Days it is that I would focus on more advanced topics. It's good to cover things from a beginner level but I wasn't finding each talk to be as meaty or topical as i'd of liked. The talks I highlighted in my two posts were superb but not every talk was as deep as i'd have wanted. That said, I loved that Steam Developer Days was only two days as i've had a rough time when conferences overstay their welcome. All that said, I really enjoyed this years Steam Developer Days and can't wait to head back when Valve does it again in 2018.