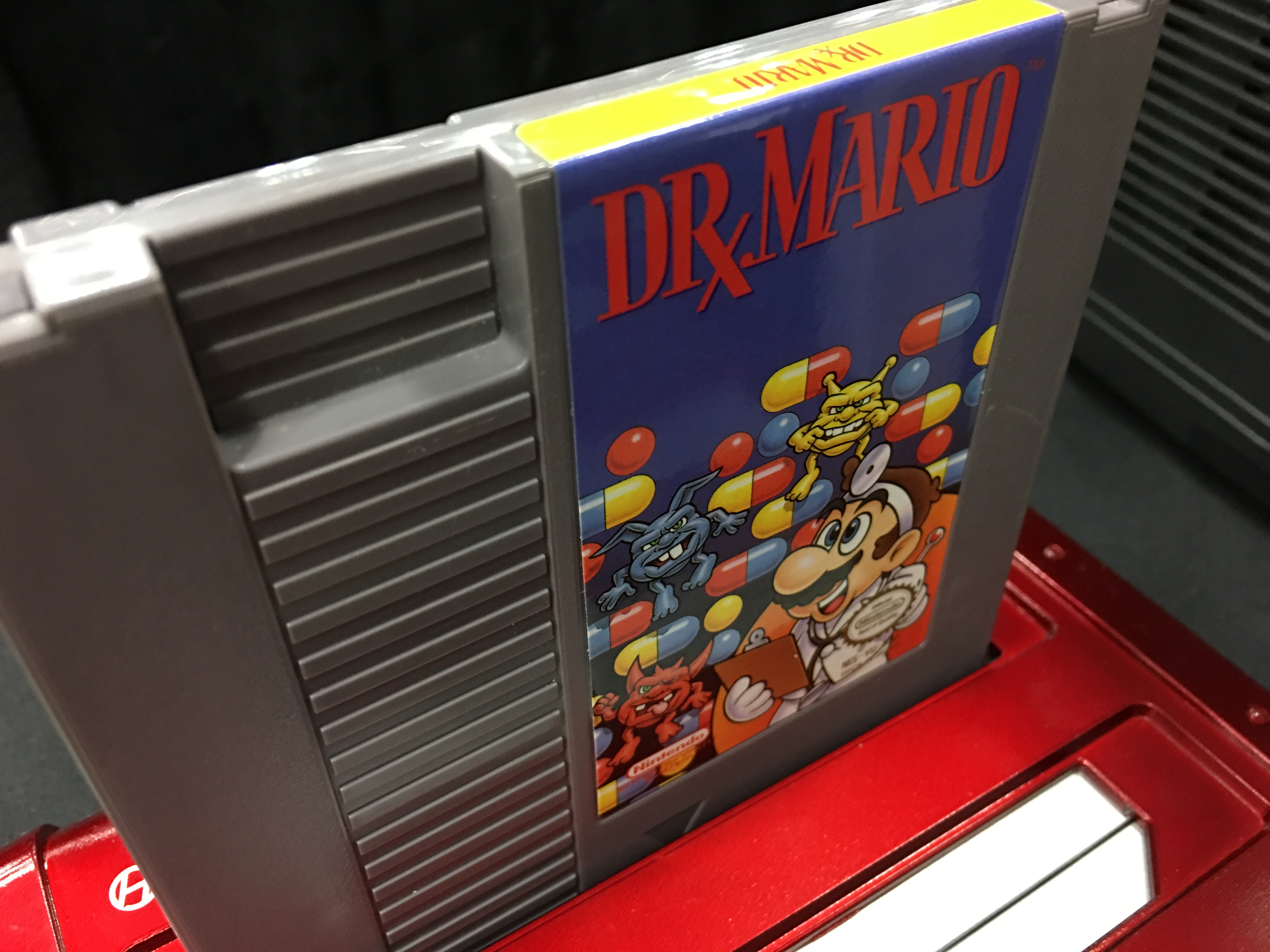 Portland Retro Game Expo is a mecca for retro game lovers. This year we had a booth a the convention and ran four NES speedrun and score tournaments. Packie was the overall tournament master by winning two of our contests starting with his blistering 2 minute 04 second Super Mario Brothers 1-4 speedrun. Packie then ended the convention by absolutely demolishing our Dr. Mario score tournament with a score of 334,400! His Dr Mario ability was incredible and i've never really seen anything like his setup and execution of combos. Ben won Papers, Please on Steam for his 1 minute 26 second speedrun of Super Mario Brothers 3 to the first Toad House. Philly won our RC Pro AM score tournament with a incredible final score of 18,658! I want to thank everyone that took part in our contests as each was unique to watch and some were won on the edge of a knife, or in this case a controller.

As Adam and I were preparing for our booth this year we identified early on that we wanted to run a few NES tournaments and I realized that the best way to do that was to get an old CRT TV. After looking at some options I decided that getting a TV/VCR combo seemed like the coolest option as I haven't owned a VCR in well more than a decade. As I scoured the local Goodwill and other second hand stores I also noticed how cheap VHS films were and that it might be fun to start a small collection. Between each tournament we played a couple VHS films such as Tron and Back to the Future and people seemed to really like that. Besides showing a few films between our tournaments I also had a few movies out on the table I was showing and more than a couple times people seemed interested in buying them. I didn't know there was even a small market for VHS films but I suppose a retro game convention would be the place to pick them up if you wanted to.

After our first NES tournament my childhood NES we were running the tournaments on stopped working. I was really upset as this NES had been with me since I got it for Christmas from my Grandparents back in the early 90's. Having your NES break at a retro game convention is pretty fortunate but I wasn't ready to pull the trigger on getting a new one quite yet but we had to continue the tournaments. In the end I decided on picking up a Retron 3 and that worked out really well. The Retron 3 not only plays NES games but it also accepts SNES and Genesis carts. We continued our NES tournaments without a hitch and I was surprised at how incredible the Retron worked with my existing NES games and controllers. After the convention was over I set it up with the TV in my office and played some of the games I picked up at the convention such as Mortal Kombat and NBA Jam on Genesis. Apparently Sega Genesis games are much cheaper than the SNES counterparts because collectors seem to prefer the Super Nintendo. Whereas I think the Super Nintendo does indeed have better colors and sound the Genesis ports of games are extremely solid and I have been having a blast playing Mortal Kombat on it. So much so that I plan on doing a formal review in the upcoming weeks on what I think of the game and my thoughts on the Genesis port.

I want to thank everyone that checked out the booth at this years Portland Retro Game Expo and hopefully we will be able to do it next year. We are already planning on attending and have some ideas on how to make it better but if you have ideas, i'd love to hear them.

If you are interested in seeing more of the convention you can hit the link on some pictures I took in an imgur album below:

That sounds awesome! Well, except that your NES failed you. I hope it's not dead. Nintendo used to have places you could take it for repairs, up until a few (or more) years ago that is. I never heard of the Retron 3, but it sounds amazing! I have an extremely small library of NES and SNES carts. I know exactly where my NES is (I think I got it around 13 years ago, maybe more), but I have no idea what happened to the SNES I had.

This event sounds and even looks totally awesome. I can imagine majorly geeking out there!

This was such a great experience. I've gone to the expo for the past few years as just an attendee, but when Jon asked if I could help out at the booth, I jumped at the chance.

This is such a great convention as there's so much to do and everyone is incredibly friendly. People really do come from all over the country, so everyone had an interesting perspective.

The game competitions we ran blew me away. The combos Packers was pulling out on Dr. Mario... I honestly thought he was messing up, until he started nailing multiple-stage combos (he'd clear 8-10 viruses at a time... I can't adequately describe how much it blew my mind). The speed running competitions we're amazing as well. The precision some players had was astounding. I think I learned a thing or two, but would need to practice forever to even get close to the fastest times.

I got to talk to people about Cheerful Ghost, but I wish I had talked more about the site. The competitions took up the majority of Jon's and my attention lol. Next year I hope to be able to talk CG up more.

All around it was a great couple days. Thank you Jon for letting me be a part of it! I already can't wait for next year!

How does the retron 3 feel with inserting and pulling out carts? I read some comments on the 5 that it felt like it was going to break them.

Will: Yep, it really does clamp on to them hard. It didn't seem to harm them but I wonder how that would work longer term?

I think it would be fun to try to build something similar to a retron... Maybe with a raspberry pi? Have an emulator that runs on the pi, then have a device of sorts that takes the carts, plus some retro controller to usb functionality.