Fallout Shelter is Amazing But The Endgame is Disappointing 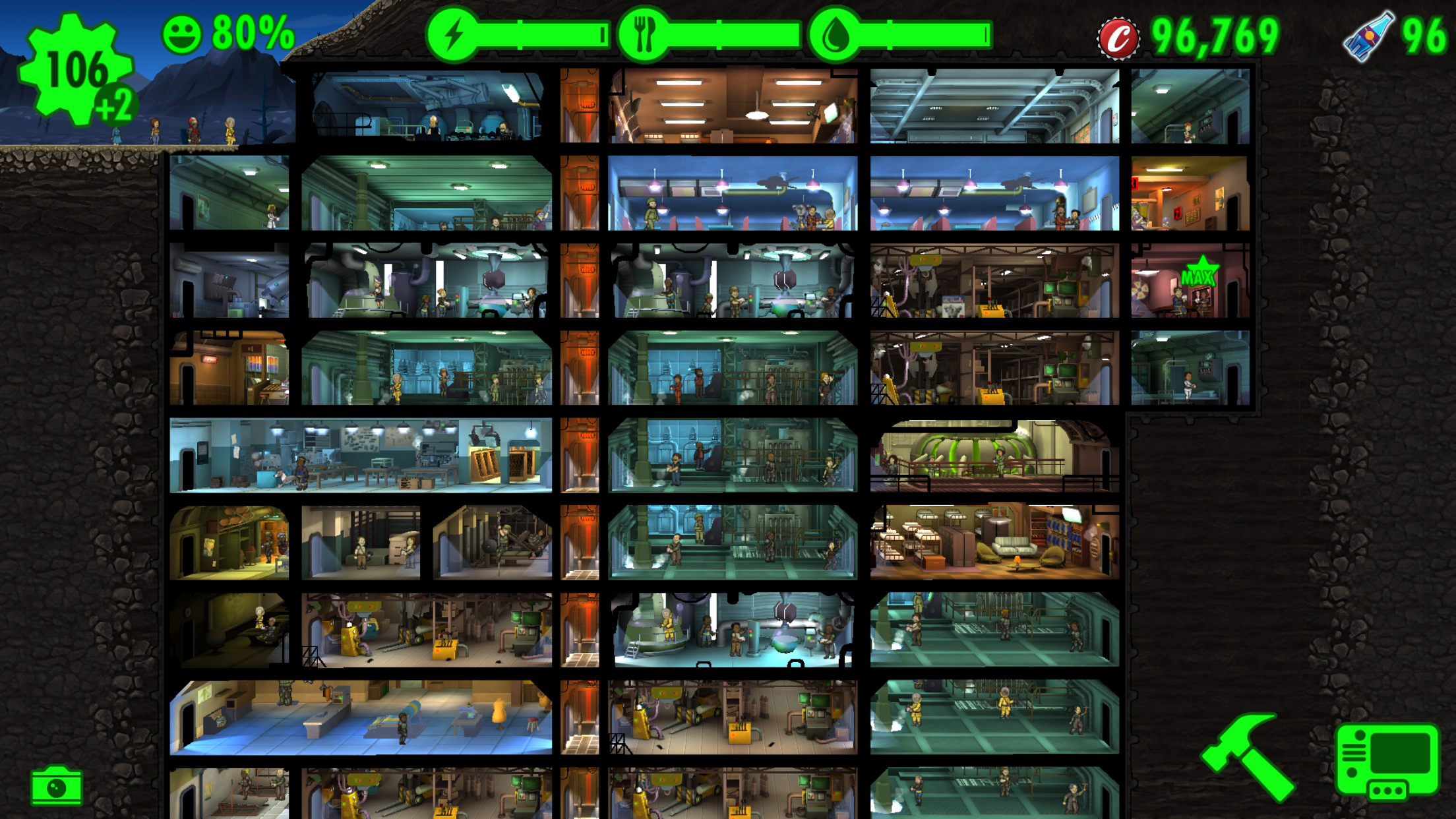 jdodson gives this a solid "Rad" on the Ghost Scale
This is fun, with very few issues, and is well worth your time.

jdodson gives this a "Rad" on the Ghost Scale
This is fun, with very few issues, and is well worth your time.
Fallout Shelter is one of the better freemium mobile games i've played. Bethesda has done a great job supporting it and after launch they added a ton of standout content such as quests. After hanging up Hearthstone a while ago I realized I wanted to play something else and an out of country vacation a couple months ago made me consider playing Fallout Shelter again. One of my goals, besides to play a fun game and try out the new stuff, was to get to the endgame get a 100 dwellers in the vault so I could build a Nuka Cola Bottling Plant.

It's the last thing you can build so it must be awesome right? Recently I hit 100 vault dwellers and was able to build a Nuka Plant and was really excited to bottle my first Nuka when I realized the Nuka Plant just makes water and food... at the same time.

Needless to say I was really disappointed in spending so much time getting to the endgame to realize that the final room just optimized food and water creation. That's useful sure, but at that point in the game I have no problems keeping everyone fed and watered. All that said, I don't actually use much of the in game Nuka Cola that allows you to speed things up. As you can see from my in game screenshot I still have 96 bottles. I think the waiting aspect of Fallout Shelter is completely fine and I never felt like I had to use them. Occasionally i'd speed something up but mostly just to see how it worked and out of a kind of boredom novelty, not to get anything done faster.

Fallout Shelter is a very well done freemium game in that you can unlock everything by simply playing it and I never felt like I needed to buy lunchboxes to accomplish anything. I've heard that Fallout Shelter made Bethesda a mint and I can see why but for me, I don't get the draw of spending money unlocking anything. The quest system gives you enough lunchboxes and when you finally can send out groups for even more quests the amount of items you can collect goes up considerably. Still, I can see that some people might like to open lunchboxes and get that sweet hit of pulling that slot machine and buying more gets you more of that.

If you haven't played Fallout Shelter I recommend you give it a shot or check it out again if you've been away for a while. That said, I found the endgame lacking but if you love sending out dwellers on quest after quest there is more than enough of that to keep you busy for quite some time.

Yeah, I was disappointed with the Nuka Plant, too. I assumed it would produce Nuka Quantum. I use Quantum to send my dwellers on quests quicker, if I have enough of it. Right now I might have 5 or so. I do have about 200,000 caps though. I have at least 3 dwellers level 50, which is their max level. They have sweet weapons like a Fat Man, Alien Blaster, and Missile Launcher. I also have 3 Mr. Handy.

I haven't felt it necessary to make any real money purchases.

200 dwellers is the max your vault can hold, but with my room situation, I find about 130-170 to be about a "sweet spot. I don't like dwellers walking around the vault and using the elevators, because that makes it harder to track Bottle and Cappy when they visit.

I like to check in with my vault at least once a day. I've been working on SPECIAL stat training. I've completed plenty of quests. I still enjoy playing the game. I definitely prefer playing it on Steam instead of my phone. I have about 90 hours in on Steam, but I've played it on my phone PC via the Bethesda Launcher.