Bashiok, Blizzard community manager recently posted this on battle.net to address some peoples thoughts on the Diablo 3 endgame:

"We recognize that the item hunt is just not enough for a long-term sustainable end-game. There are still tons of people playing every day and week, and playing a lot, but eventually they're going to run out of stuff to do (if they haven't already). Killing enemies and finding items is a lot of fun, and we think we have a lot of the systems surrounding that right, or at least on the right path with a few corrections and tweaks. But honestly Diablo III is not World of Warcraft. We aren't going to be able to pump out tons of new systems and content every couple months. There needs to be something else that keeps people engaged, and we know it's not there right now.

We're working toward 1.0.4, which we're really trying to pack with as many fixes and changes we can to help you guys out (and we'll have a bunch of articles posted with all the details as we get closer), and we're of course working on 1.1 with PvP arenas. I think both those patches will do a lot to give people things to do, and get them excited about playing, but they're not going to be a real end-game solution, at least not what we would expect out of a proper end-game. We have some ideas for progression systems, but honestly it's a huge feature if we want to try to do it right, and not something we could envision being possible until well after 1.1 which it itself still a ways out."

1. We are a "ways out" from PvP. Dang. I was hoping that would come soon. Oh well, hopefully when it drops its really awesome. Kind of wonder if Blizzard bit off more than it should have releasing Diablo 3 when it did? Oh well the game is great and hope PvP adds quite a bit.

2. 1.0.4 Wonder what this will entail? More drops? Eagerly anticipating.

What are your thoughts on Diablo 3 and its endgame? Still a great game or needs love? 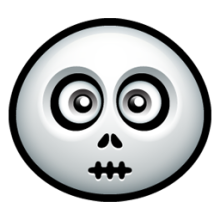 I was getting pretty pumped about d3 reading your posts and the comments so then I decided to see how it'd run under Wine and found this: http://us.battle.net/d3/en/forum/topic/5978861022?page=1 - Bummer. I guess I'm sticking with the first 2 =)

Yeah really. It seems they made have had some false positives they are not quite admitting yet. Happened before with WoW so... Yeah waiting it out is good.

Horrible to be banned for nothing, if it indeed is nothing.