Get Featured In The Next Episode Of Cheerful Ghostradamus Radio 2019 Predictions Episode! 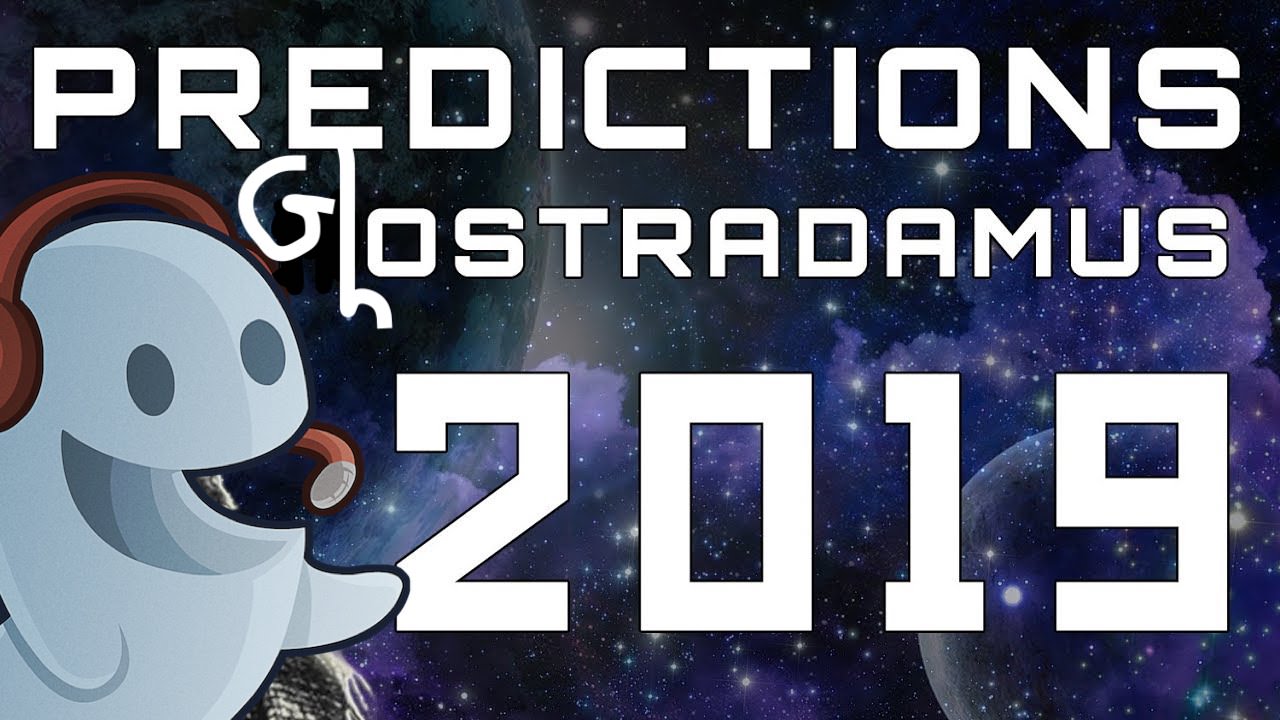 The new year is fast upon us and as such a new year of 2019 gaming predictions need to be made! This year we're going to do things a bit more fun in that all our collected Cheerful Ghostradamus 2019 predictions will be read aloud in our upcoming New Years episode! If you want to be part of the gaming festivities please read the following.

You're a gamer and as such have an opinion on things you'd like to see happen in gaming in 2019. Maybe you have a thought as to what might happen that you don't want to happen but you feel might anyway. Take those thoughts, write them down and send them to us in a few ways.

1. Send me a private message on Cheerful Ghost. This is a good way to send me your ideas and keep the surprise private for the other listeners.
2. Email them to me. You can get my email address on the Cheerful Ghost about page so send those predictions along!
3. Comment on this thread. It's an easy option but the surprise for some might be lost.

Retrospective on Our 2018 Predictions

Firstly, I'm terrible at telling the future of gaming. That's not gonna stop me from making more predictions this year but my one lone wish to see a Nintendo 64 Classic did not come true.

Travis struck out wanting to know more about Final Fantasy VII remake. It seemed like such a slam dunk too, why wouldn't we learn more about the game? Cheerful Ghostradamus knows for sure.

I'll have to ask Adam about this prediction because I don't know enough about the industry to score it. "VR will continue to become more and more valuable in architecture and engineering design and presentation to clients."

Travis pretty much hit the nail directly on the head with his prediction about loot boxes save one detail. "While we certainly haven’t seen the end of loot boxes, the Star Wars: Battlefront 2 outcry will make EA rethink their purpose a bit and others will hopefully follow suit, making pay-to-win hard to find in a game you have to pay for up front." Whereas this murdered EA during that time, I'm not sure how much pause it's giving other developers?

At the time I found Wills prediction about The Last Jedi funny because we hadn't seen the height of the backlash yet. At that time it was fairly mild and it only got worse over time. I personally loved The Last Jedi and find the whole fan reaction to be quite sad not that people don't like a movie but the depths some go to voice that. That said, this didn't happen and it doesn't look like it will. "What would a Cheerful Ghost article be without some Star Wars? After the fan backlash of The Last Jedi, and JJ’s carefully laid plans being ripped apart, Lucasfilm will release a JJ Abrams’ cut of The Last Jedi. This will set up Episode 9 so it can be true to JJ’s vision. It will also make The Last Jedi the highest grossing movie ever."

Whereas I'm not going to cover each prediction I wanted to end on one that i'll just respond to with a chuckle. "Travis: Valve will learn to count to three and we’ll get news of either Half-Life 3 (unlikely), Portal 3, Team Fortress 3, CounterStrike 3, Left 4 Dead 3, or DotA 3."

Read them all below.

I predict Terraria's next patch will finally be released. More Minecraft patches. I don't know what else.

Hello! We met at the PRGE this year. We are very interested in getting in on this. I am meeting today with EZ to get our official statement prepared. I will message you later tonight with our results.

Oh, Nintendo will release Mario Maker for Switch in 2019. There will be an optional tablet accessory for the switch to make it more like the Wii U or 3DS version.