I think I have finally hit a good note with my Gunzerker. 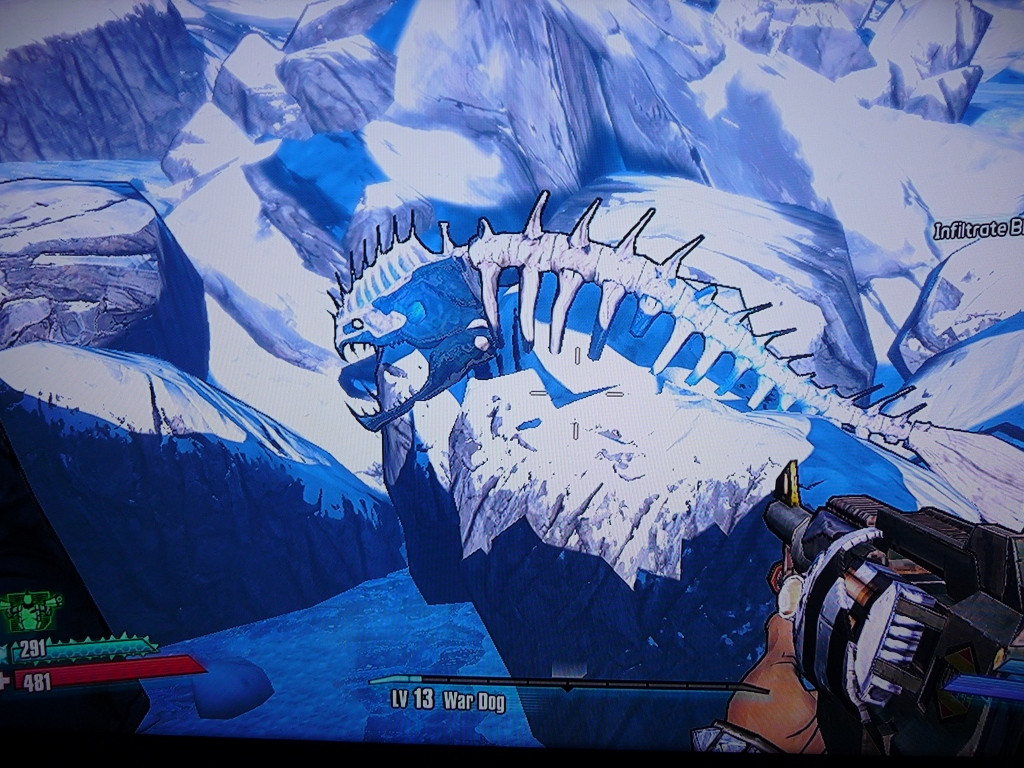 I think I have finally hit a good note with my Gunzerker. My strategy is to hit every side quest before I continue the main quest line. This means I get some great guns from the missions but I also get other loot as well. For instance, I just completed a quest line called "Eternal Flame" where these cultists worship Lilith, the Siren from Borderlands 1. It's a fun, messed up and quirky quest and by the time you finish it you get an amazing shield. The shield has a fairly high armor rating but it has an awesome ability in that when it depletes it creates 4-6 massive fire explosions around you. It took a few times to remind me "oh right, this is a good thing that is happening" because when it starts I strafe around thinking I am being hit with a rocket or grenade. Beyond the fact that I am not entirely used to its ability, it is a fantastic shield.

I haven't sunk a ton of time in Borderlands 2 but I have put more time in the last few days and I am now level 14. All the guns I currently use have elemental damage(yay) and have to keep a fairly varied arsenal because of a pretty awesome addition to Borderlands 2. Enemies have elemental types such that if there is a fire enemy and you hit him with a fire gun it barely does anything. I really enjoy this as it requires you to switch up guns a few times in a battle if there are multiple enemy types.

With that, I am getting much more savvy to which weapons to use against certain enemy types in which situations. Corrosive to drop an armored enemy quick, fire against unarmored and shock if you want to drop a shielded enemy fast. No idea why, but during the original Borderlands that never really sunk but it does now. I imagine because it matters more now?

I enjoy the loot drops in Borderlands 2 more compared to any other grind loot game I have played, save perhaps the original Borderlands. You don't go too long without finding a few great weapons and I find that it is really hard to part with certain guns over others. I mean, its a great problem to have, but compare to say... Diablo 3 where the majority of stuff you get is trash, Borderlands 2 shines.

As I opened the post with, I think I have hit my stride for the Gunzerker and as such I don't die too often. I enjoy the difficulty and having to adopt different strategies for different situations. Looking forward to playing the game more and digging deeper into the other classes.

The above image is a picture I snapped during my PS3 play through. It is a skeleton of a huge fish covered in snow I found just wandering off somewhere.

I'm reserving my Gunzerker for playing co-op with my wife, so I haven't had a chance to play around with that class lately. I switched my "solo" character though. I liked the assassin's special ability, but I like the turret better. :P So I started up a Commando. I just finished up all the optional missions from Sanctuary that were available to me and I'm about to go do the mission where I look for Roland.

I'm starting to get better guns and I often come across guns where I have to make a tough decision on which one is "better." Same with my shields. There seems to be a lot more variety in the shields this time around.

There really are. The added effects are totally awesome and I dig how you can get rare shields now.