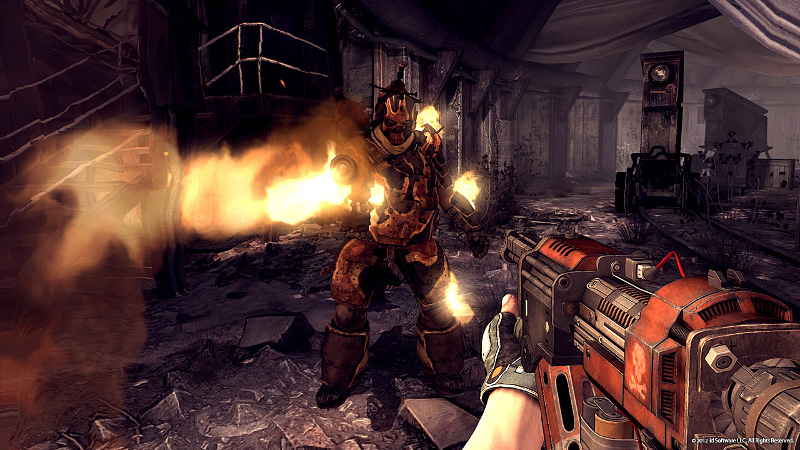 Totally excited for this new Rage expansion and the official press drop illustrates why:

The add-on pack also includes ‘Ultra-Nightmare’, a new high difficulty mode, as well as an ‘Extended Play’ option that allows you to play past the original ending of the game - giving you the opportunity to finish collecting items and achievements."

I appreciate the Extended Play option as it allows you to circle back and complete aspects of the game you missed during your main play through. I slated to go back after I completed the main story and take a swing at all the races but at the end of the game they locked that down and I didn't want to create a new game just to complete those races.

Rage is very pretty and these screen grabs are no exception! I look forward to the beautiful new shooting and looting. OR SHOULD THAT BE SHOOTIN' AND LOOTIN'?

Oh right, the new pack drops this Tuesday on Steam and consoles.

Wow, it's been so long since the initial release I'm surprised we're getting DLC this late. I'll definitely be checking this out.

And from what I can tell from the screenshots on the site, this looks way better than the vanilla game. They might be photoshots though.