Continuing the Age: On Dialog & The Story 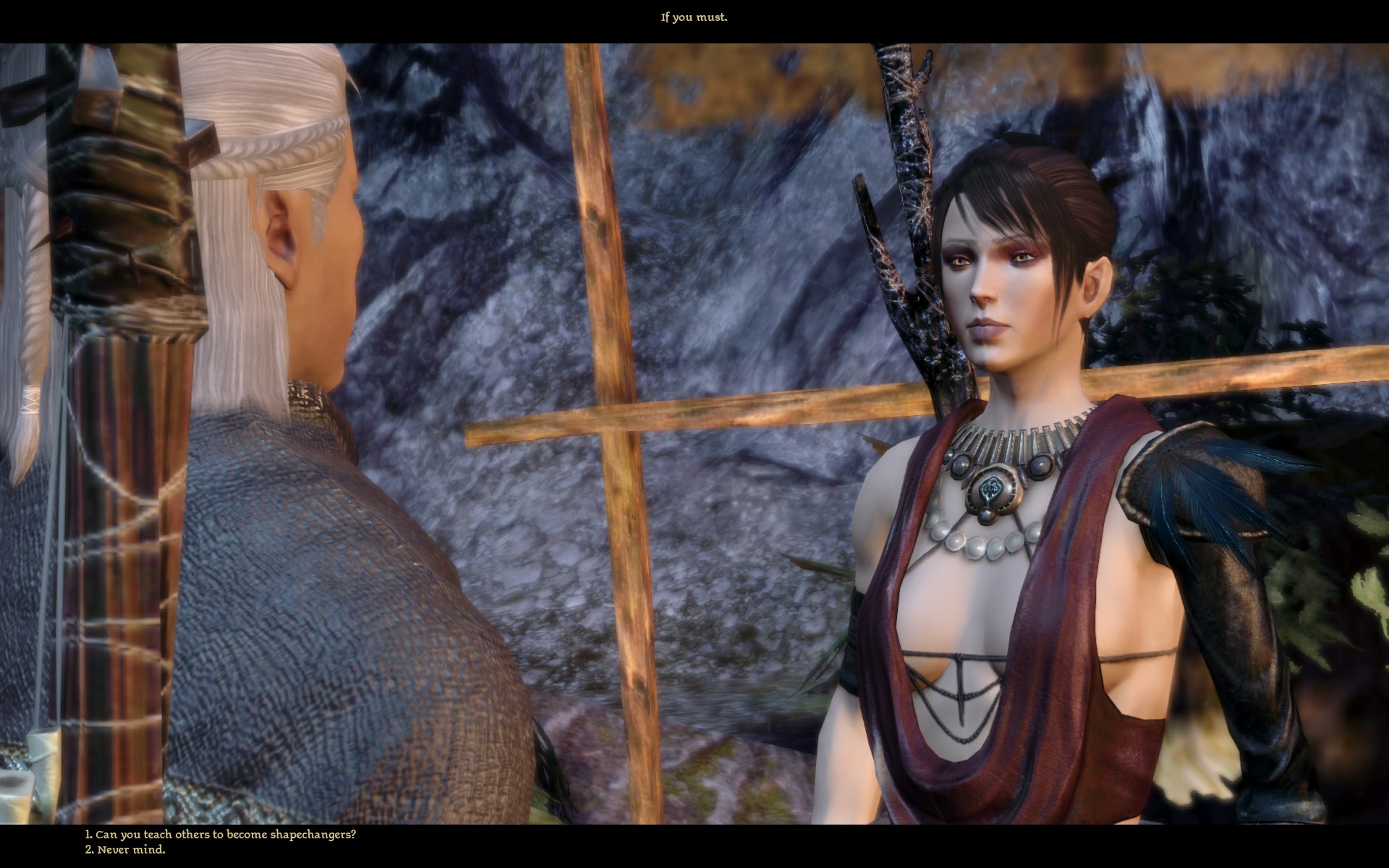 I marked this post with spoilers because I want to talk a bit about the plot. For yall that have played before, chime in with if the game was different for you in some way.

I am continuing my current game as an Elf Mage.

After the Mage Origin story I was tossed into the King's warcamp as they were assembling against the Blight. Basically some people in my world were corrupted somehow and became "The Blight". The good guys have to rise up every so often and beat back The Blight and now seems to be the time yet again. The Blight minions kind of look like Orcs from Lord of the Rings so nothing really scary or new in the way of the game antagonists.

One thing I have noticed about DAO is that they seem to be kill off characters quickly. Already I have met a few interesting characters and the murdered them before my eyes. After a huge battle where the King and his Army were double crossed all that was left in my party was myself and a Grey Warden fighter. I blacked out after the battle and awoke in an old Witches house I had met earlier in the game.

I kind of liked that they sort of "reset the game" at the Witches house because it stripped the game away of an uninteresting King and the notion of fighting for some kind of country I had no association with. I also like that the odds are stacked entirely against us. Right now I am a rather low level Mage in a world crawling with a ton of Blight minions. So it was a good way to sort of clear away the cruft that RPG games seem to accumulate in terms of really generic and uninteresting plots. Clear it away in that now all those uninteresting characters and tropes are now dead. Fun.

I really like the in game dialog. At first I was annoyted because the game the seemed so chatty. Annoyed until I sort of broke through to an understanding about it. I can shape my characters relationship with others through my choices. At least it seems like I can. If I am pity, the other characters react to that. If I am too nice sometimes they question that. If I am a jerk they call me out on that. Its interesting to play a game where those kinds of things actually matter.