Being Happy In an Embarassment of Riches 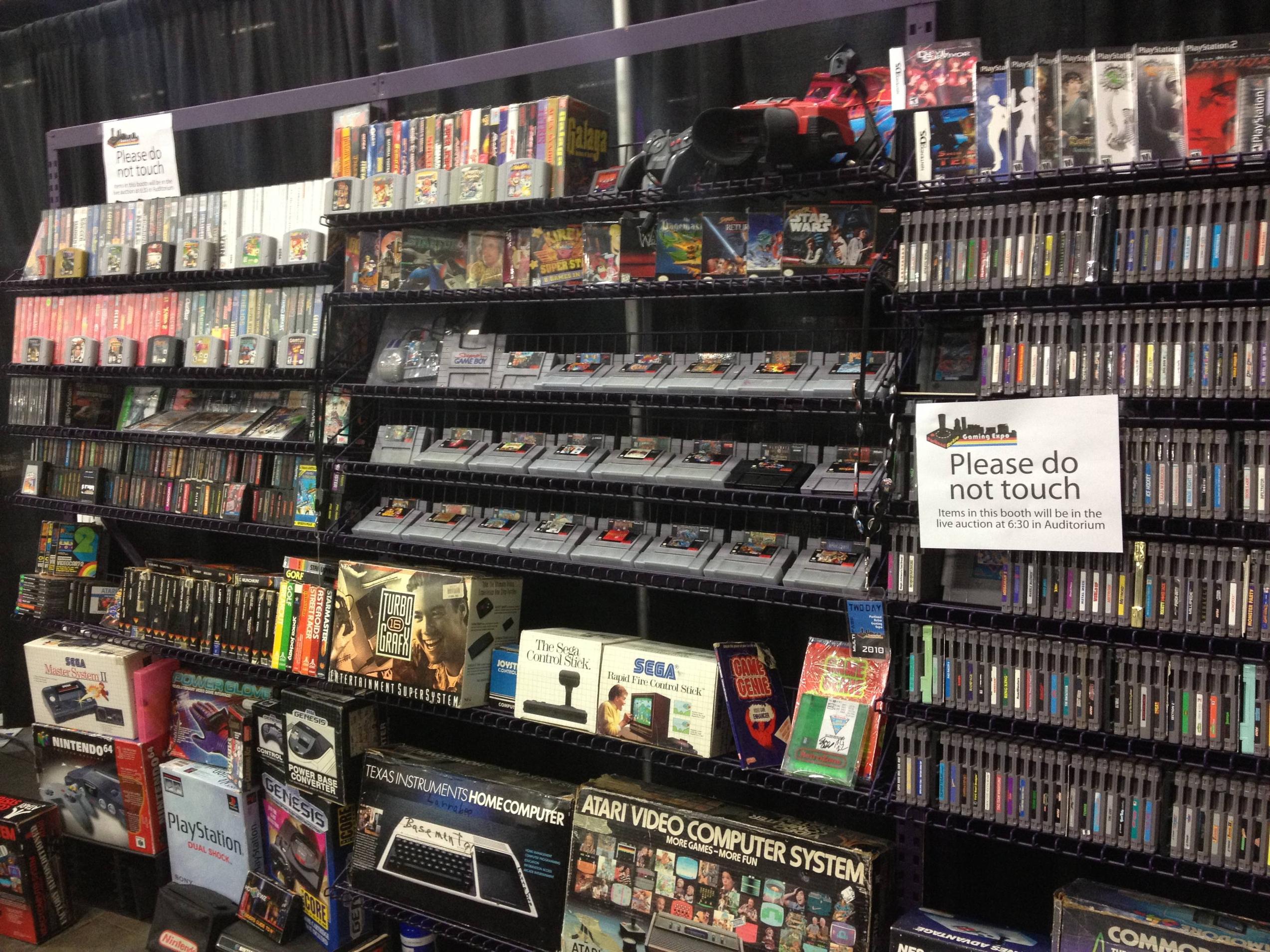 It started about a few years ago. I bought my first Humble Bundle and linked it to my Steam Account that contained Half Life 2 & Counterstrike. I then bought Portal 2 on PS3 and got a free Steam copy. After that I bought my first Steam game, The Binding of Isaac and then after a few more Bundles and Steam Sales I now have 81 Steam Games. I have more PC games, but those are the ones that Steam manages. Its awesome to be able to pick up any game I want. Its also awesome to have a zillion choices for what to play.

Well. Sort of. On one hand I can pick up a great game on a sale for cheap. On the other hand I have 81 games and the list keeps growing year over year. Placing that next to the fact that we have a limited time, it is becoming apparent to me I have games I may never actually play.

Again, its awesome having so much choice but on the other hand it poses a problem, for me anyway. Like what games I should play? Should you play 50 games at once, I mean I can so that should be awesome. Also having so many games often leaves me at a loss for what to play as there as so many awesome choices and I need to pick the awesomeness choice. I also don't want to just play 4 seconds of each game, I find the best experiences I have are with games I have sunk some serious time into.

One of my friends linked to a TED Talk by Barry Schwartz called "The paradox of Choice." I don't entirely agree with his points in the first few minutes, but found by the end I agree with the crux of his argument. In a world with so many choices, its hard to pick the right one. I don't want to speak for him and his talk is awesome, so ill link to it now:

Over the last month I have come up with a strategy to combat this problem as I love Video Games and want to make what time I have be as much fun as it can be. I limit my choices of games I can play. For instance, right now I am only playing 3 games. Rage: The Scorchers, The Binding of Isaac and Dragon Age: Origins. 3 games might be too many but its a start and so far it has helped out.

@Will_Owens had a similar problem and started his blog http://www.backlogkiller.com/ to go through each of his games one by one and blog the process.

It's the cereal aisle conundrum. I can never decide what cereal to buy. You walk into this massive aisle of delicious, grainy goodness, and there are so many choices, what do you pick?

I was faced with this recently with Steam. I finally broke down and started organizing things into categories: Currently playing, coming up next, waiting for DLC, stuff I'll never stop playing, Completed, Meh, etc. This is far less daunting. I put everything I have a currently open game in under "currently playing," and it almost immediately became far less daunting. Thinking about what I wanted to play soon and getting a small category makes me look forward to the next few months.

Coming home from work, wanting to unwind, and being greeted by a massive alphabetical list presents a decision you have to make, which takes away from the fun a bit.

I do think this was better when we were kids. One, NES games were generally short. I've cut SMB1 down to an under 7 minutes speedrun (certainly not worthy of the near sub-5 minute mark speedruns), and even the substantial SMB3 can be completed in a day without warping. Games these days are massive undertakings, which means you don't really play many of them more than once. Plus, there weren't Steam sales back in the day, and we weren't working for our money, so we had to depend on allowances or gifts for our games.

I'm beginning to ramble a bit, but I'll use an argument my history teacher used in high school to explain the efficiency of laws-- they're like tomatoes. When everyone around grows their own tomatoes, and the weather is perfect, nobody will pay more than a few cents for a tomato. When the weather is bad, crops aren't great, and fewer people grow them, their value increases. The same can be said for laws-- a few really good laws will be respected far more than a complex maelstrom of legal red tape and vague speech. The same can also be said for games-- if you have a few good games, you'll appreciate them far more than if you have your pick of whatever is available.

Also, I want that entire wall of games pictured. *drool*

Tell me about it. I only recently started paying attention to Steam sales and I know I went overboard last summer. One of these days, I'll quit acquiring games faster than I can play through them... Or not.

Thanks to the Humble Bundles and the Steam seasonal sales, I have a glut of games, many of which I will probably never play. On the PS3, Sony throws older titles, and occasionally some newer ones, at PS+ subscribers, so that collection has grown.

GameStop has been my friend and nemesis for years. I have this mantra: "No matter how amazing the game at launch, one day it will be $30." While true, when 40 of those titles go to $30 in the same week, this would leave me staring at the used games wall blankly for 30-45 minutes unable to decide what I would take home.

@panickedthumb Thank you for the tip on organizing my library in Steam. That'll help a lot.

Your point about gameplay time is a great one. It's one that I've been ranting about to my wife lately. Sometime in the last 15 years, hours of gameplay became a marketing term; a number to be used to let us know THIS game was better. Some recent examples I can give: Mass Effect 3, Assassins Creed: Brotherhood, Batman: Arkham City and Darksiders II. All three of those titles require logging several hours of gameplay WITHOUT engaging side quests. Need for Speed: Most Wanted has a challenge, for all 41 (46 with DLC) vehicles, awarded after 10 hours of driving.

So, it's tough to find time to play them all. For the most part, I play one big title at a time until I've completed it.

@beanismyname I agree, it is hard to find time to play them all. I usually set aside a few hours per week, but this week wasn't kind to that. :D

After finding too many barely played games on my computer some time ago I seriously cut back on game spending. And I'm finding my time very precious now a days, this limits the amount I'm willing to allocate to computer games.

@MoonWyrd I'm there right now. I have more than enough games to keep me busy for the next few years solid. Time to put the spending on hold.

Spending on hold?? Dude, how will publishers get that 5th yacht?

By selling off a development studio that made a game we all enjoyed 6 months ago...or that was released a week ago. That's worked for EA.