The Scorchers: My Playthrough pt. 1 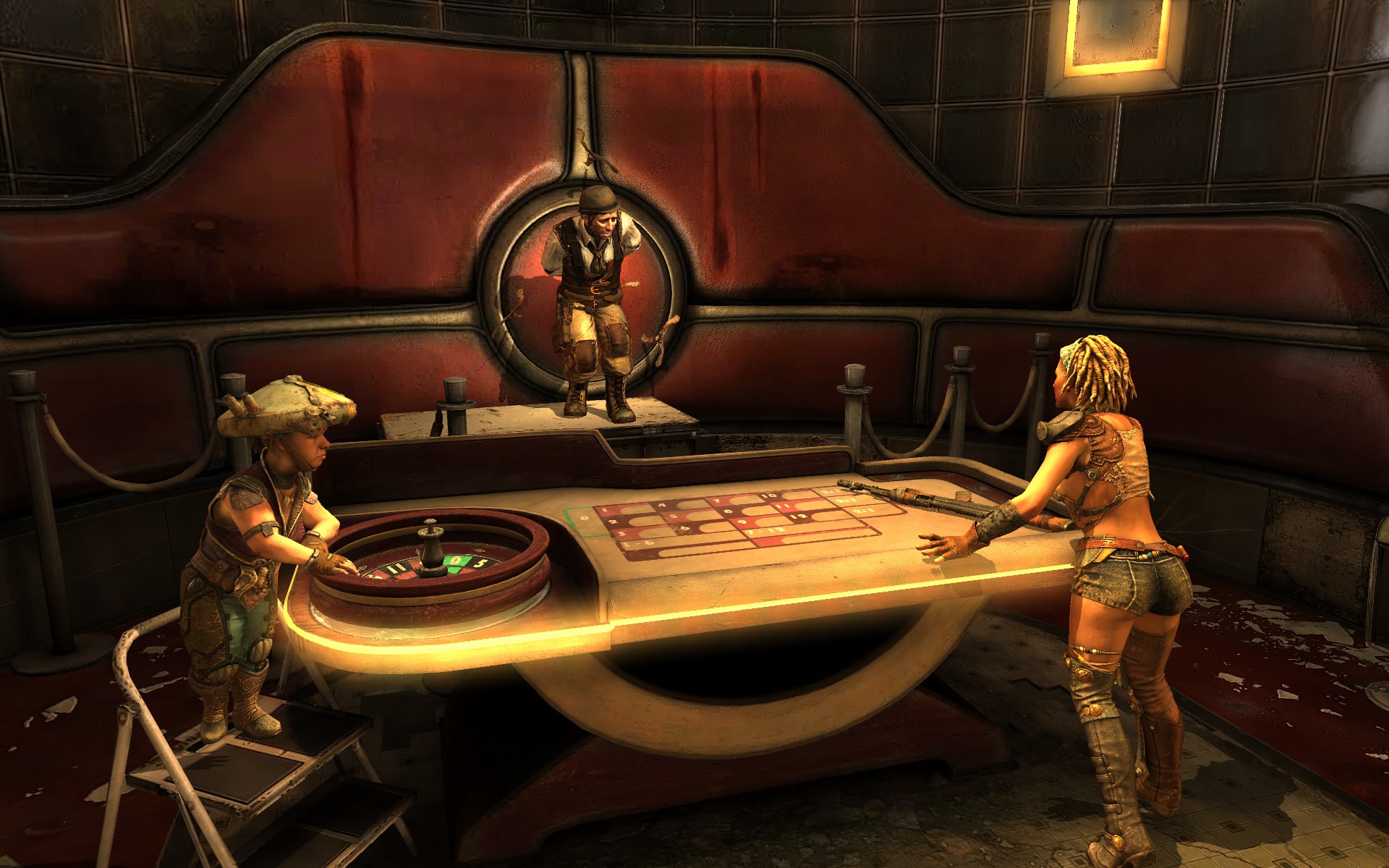 During the Steam holiday sale I picked up Rage: The Scorchers. I liked Rage quite a bit and I am pretty excited to check out the new stuff. I am not finished with it and will periodically post about how my experiences are going with it.

When I played Rage the first time I noticed some areas that seemed like they should have allowed you some access. Like an area at the far end of Haggar Territory where there was a settlement of people, if you go a bit further there is a huge installation you couldn't go in. I figured it would open up at some quest point, but it didn't. There was also a Casino in Wellspring that was closed that you couldn't get in. Always wondered about these locations. In The Scorchers both of these places are available to you in the quest line. Was this content that they took out because they had to make a deadline? Its a shame it didn't make the final game because Rage would have been more epic if it shipped with this content.

So far The Scorchers levels have been really inventive and beautiful. The extra Mutant Bash TV you have to beat to travel the new Scorcher quest line is a totally awesome addition. The only downside to the new Mutant Bash level is you can't replay it in game like the main one. They did add a new mode where you can replay any mission from the game, this is a nice addition but you can't play the new Mutant Bash level over again in your single player game.

Overall the content is fantastic and the extra chance to inhabit the world of Rage is great. Oh right and the new Nailgun is lots of fun. The animations when you switch between the ammo types is interesting as it swaps the entire look of the gun. My gun of choice in Rage is the combat shotgun, sniper rifle and wingstick. Even if harder enemies take a few shotgun hits thats not a problem as I love ducking in and out of cover.

If you dug Rage and wanted a bit more, you should get The Scorchers. I recommend getting it if you are starting out as the missions are available very early on in Haggar Territory and the addition of the Nailgun in your early arsenal would be epic.

http://i.imgur.com/9Rulw.jpg: The new Mutant Bash TV level, at the end you shoot Mutants flung at you with a big ass cannon deck! When you hit one a mess of blood flies everywhere.

Nice review! I haven't gotten around to playing this yet. I got it during the steam sale as well, and it's been on my todo list. Sounds awesome!

It really is. Ill keep posting as I am playing. One of the things I wanted the site to do was be a place I could talk about my experience with a game piecemeal. :D

So I will do that. As I blast off mutant faces.

I'm waiting for it to be 5bux, I think. But Rage was a pleasant surprise.

Is it? For some reason I thought it was 10. I'll pick that up. I hope I kept my Rage save game... (fretful emoticon)