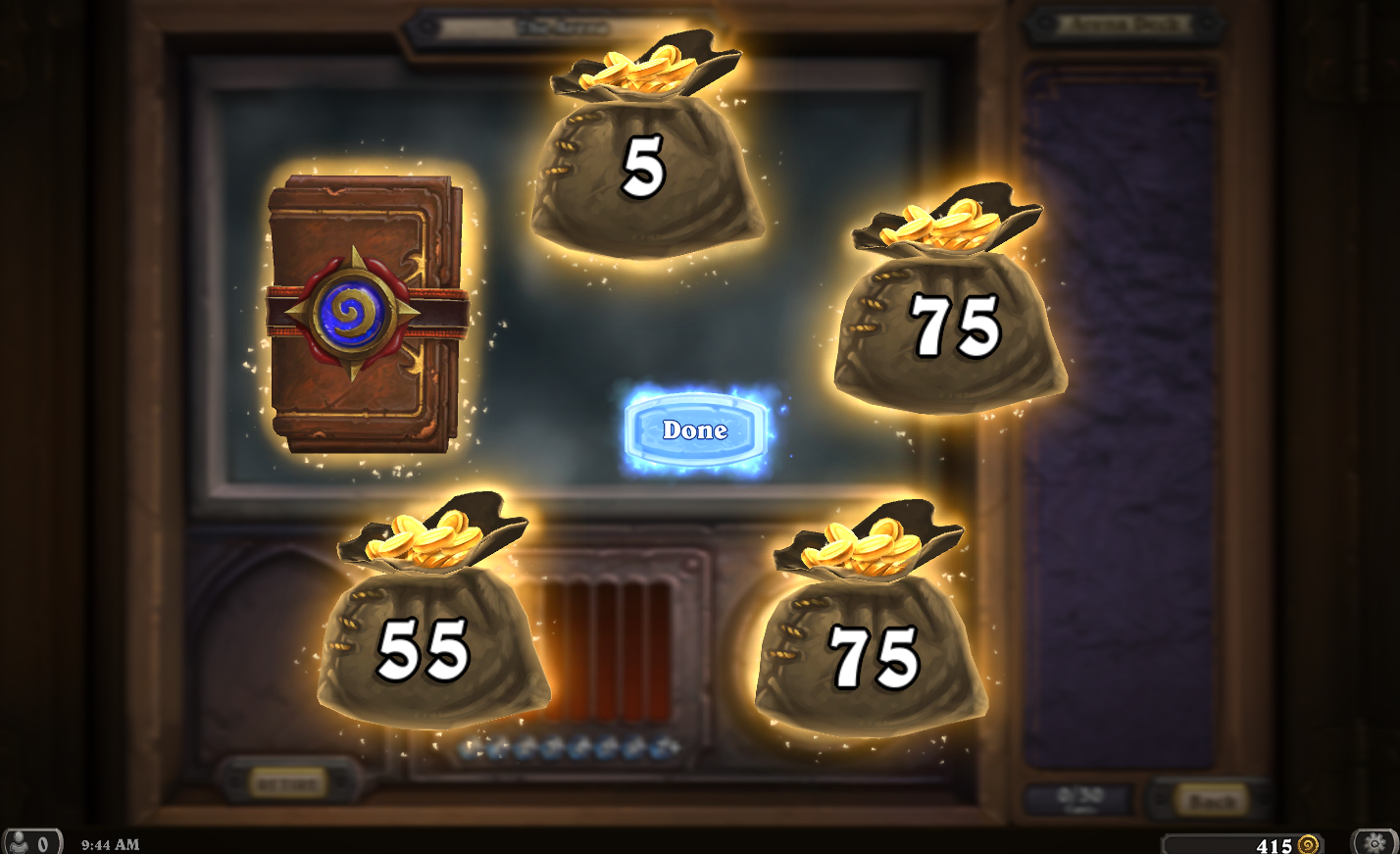 As a programmer I love this title. That said, let me read that article.

Here is an image you can edit this post to use as the media header, I think it fits

Some things from the article I found interesting.

"Why buy so many packs at once?

Nick: I already have every card. I knew I would have to buy a sizable amount of packs to get all the gold cards I wanted. I'm playing economies of scale here. The more packs I open, the more gold cards I'll get and the less I'll have to craft. It's cheaper in the long run to buy in bulk and craft less."

"PC Gamer: How many packs did you buy at once and how much did it cost total?

Nick: Last night I bought 2,700 packs which cost roughly $3,400 tax included. I always forget about tax when I splurge on decks."

"Your Reddit thread said you were drunk, how drunk were you?

I had work in the morning so nothing crazy, but enough to get me to pull the trigger. I've been seriously considering doing this for months now. Last night I decided to go for it."

"How long did it take to buy them all—presumably you had to keep clicking the highest value set of packs?

45 transactions of 60 packs. Looking at my email, I was able to do it in under 5 minutes. I've been opening the packs for a couple hours now though and I have a long road to go. I'm estimating 5+ hours to open all of these."

I think the interesting part is that he already has a full set he just wants to craft the gold cards. That's a special kind of game focus I don't have. Not sure if I impressed or something else?

Yeah, it's intense.... but like he pointed out, he has money. Some people buy fancy cars, some want fancy cards... And I do agree that you should spend money on what you play. I've paid for dota2 skins because it increased my enjoyment of a game I play a lot. It's superfluous to the actual game play and doesn't help me win or anything else. But, still worth it if the value is there for the consumer.