Trailer and more for Assassin's Creed 4

Ubisoft has been incapable of keeping this one under wraps. This trailer leaked yesterday, was taken down, but now it's back. So if this disappears, that's why.

In addition, another trailer has leaked (http://www.youtube.com/watch?feature=player_detailpage&v=CW8lNKjLf1c) and some screenshots and art (http://www.allgamesbeta.com/2013/03/assassins-creed-iv-black-flag.html).

The new game in the series has you playing as the grandfather of AC3 protagonist, Connor. The sailing mechanics of the last game return, which is good news for anyone who loved those as much as I did.

It looks like this is releasing later this year. I'll be buying it, for sure. Even though the series has gone downhill, it's still greatly entertaining. I understood people's problems with AC3, but I loved it.

This is torture. I haven't even finished Revelations yet :(

Revelations is fun. It got some bad reviews, but it stood out for me as one of my favorites. Just dodge the tower defense crap as much as possible.

How is AC4 released already? Didn't AC3 not come out too long ago???

Not released already, it's coming out the end of this year.

I think the cycle is too fast on this, but I still think it will be a solid game. What cracks me up is that everyone was like, "Oh my god the ship battles were the absolute best part of AC3! We want more!" Then they announce this and everyone goes, "What? A pirate? Who wants more ship battles?" 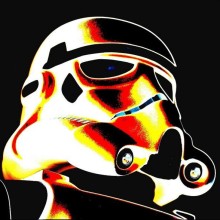