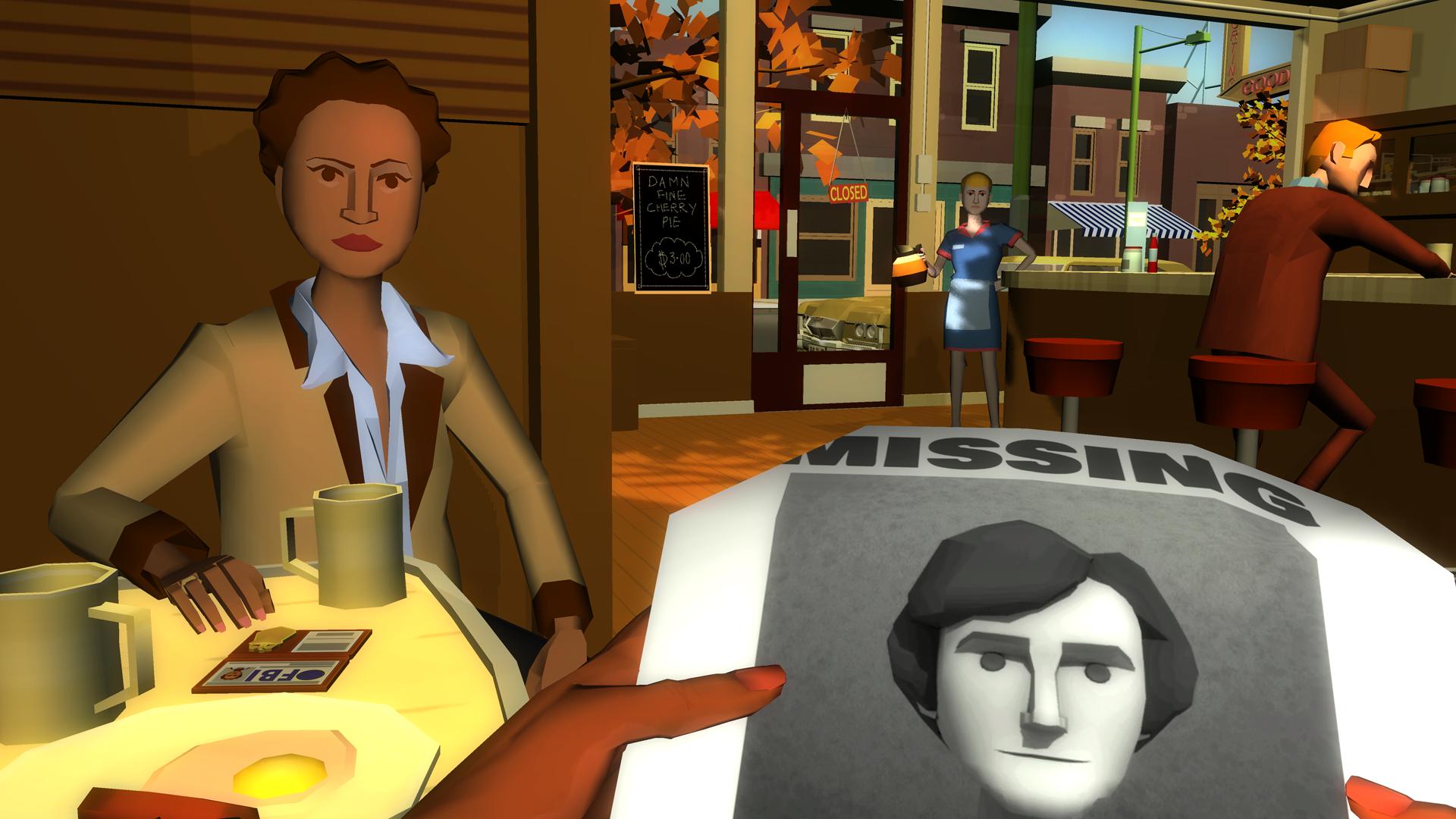 From the game's site: VIRGINIA is a first person interactive drama. It is the story of a recently graduated FBI agent and her partner as they seek to uncover the mystery surrounding the disappearance of a young boy. In the birthplace of America nothing is quite what it seems.

Virginia is coming out next year from Variable State, a team comprised of industry veterans from titles like GTA and Battlefield. It's inspired by a mutual love of 90s mystery shows, specifically The X-Files, Twin Peaks, and The Outer Limits, Virginia puts you in control of your own episode of 90s TV.

The first screenshot, above, already shows off the inspiration. Agent Dale Cooper in Twin Peaks referred to many cups of coffee and slices of pie as "damn fine," and the diner is offering up just that. Dale Cooper would love it.

This game takes place in my home state and takes inspiration from two of my favorite shows. It's like it was made for me.

I like the look of this. Almost like grown-up Mii avatars. Love me some X-Files-esque, Twin Peaks goodness!

scrypt: I was thinking Mii avatars as well. I wonder if that style was intentional or not. Either way, looks cool.