No Man Sky's Waking Titan is Over, and Some New Details About 1.3 (Atlas Rises) Emerge (UPDATED) 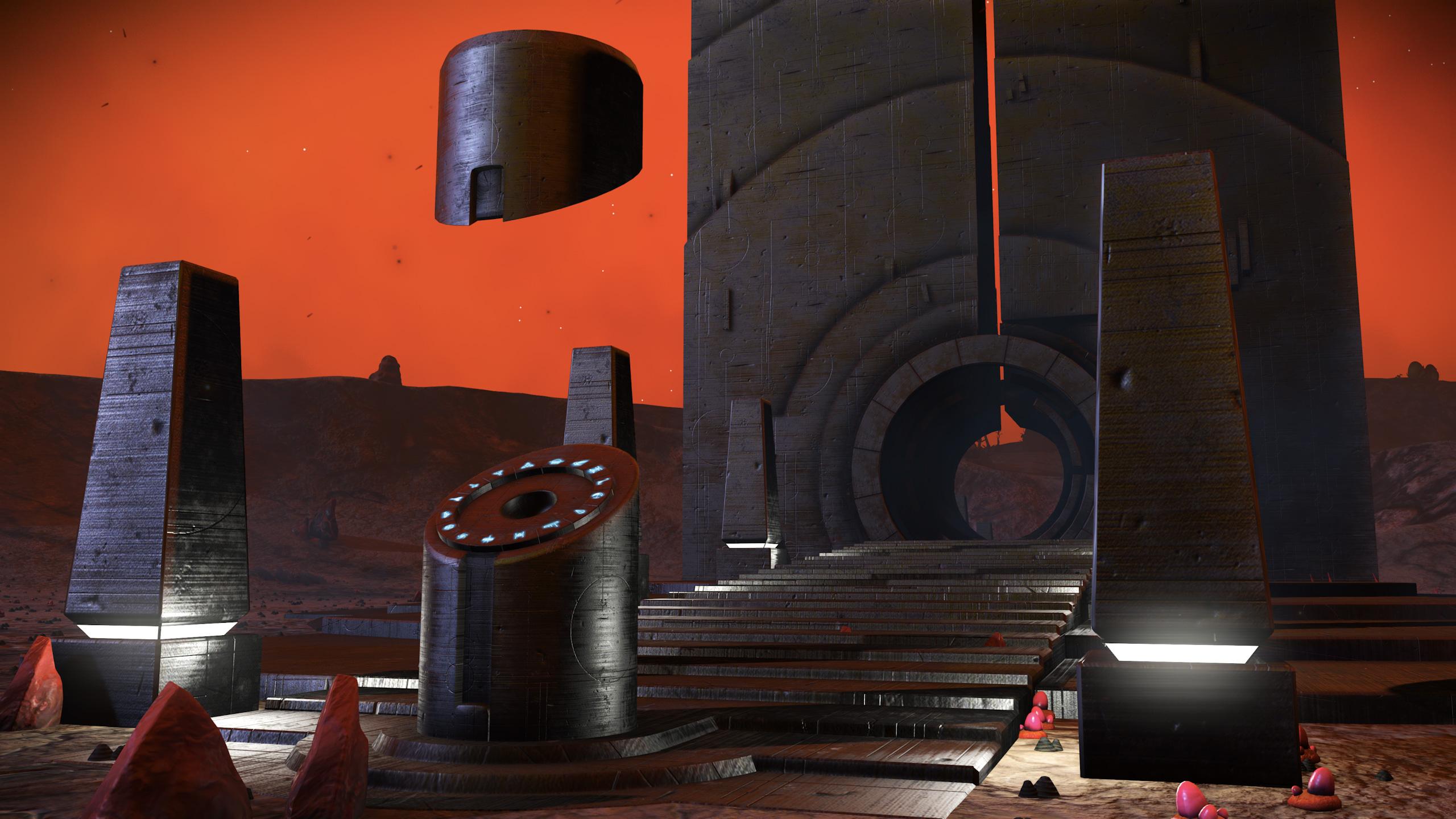 The ARG Hello Games organized for No Man's Sky is over, and we ended up with some hints and somewhat cryptic information about the lore of the game. It appears we're playing a simulation started by a rogue AI, which was a common theory. We also got some 1.3 screenshots!

The one above shows a portal-- a structure present in the game already, but one that had no apparent use. Apparently that's going to change soon! The control panel thing pictured isn't currently in the game, so it looks like we're getting some interactivity.

In addition, this beauty dropped showing a new ship class! It's parked next to an observatory, so those may be an important part of the update, or maybe just a neat thing to put in a picture.
https://s3.amazonaws.com/cdn.wakingtitan.com/loop16/a8af5654-879c-4cea-a476-77c2fd54dfee.jpg

A few places have No Man's Sky for around $25 right now, possibly in preparation for an update. If you're interested, now's a good time to grab it for cheap!

UPDATED: The man himself, Sean Murray, sent out an email today with more information about the update. It's called Atlas Rises (which I hope is a reference to a Metallica song) and will focus on new lore and making portals do fun things. The full text of the email follows:

It’s been a year since No Man’s Sky first released, and it’s been an exciting, intense and emotional year for us at Hello Games. We have been quiet, but we have been listening intently.

We've spent that year working hard on free updates for this game our team cares about so much.

Update 1.3 will release this week and will be available for free to all No Man’s Sky players. We're calling it Atlas Rises. It focuses on improving the central story of No Man’s Sky and adds the ability to quick travel between locations using portals. Patch notes will be made available shortly before the update goes live.

What we do is much more important than what we say, but since launch we have sometimes focused too much on that.

We wanted to reach out and celebrate the devoted community that means so much to us. We launched Waking Titan to try to do that.

When we posted those cassettes we didn't know what to expect. In the last eight weeks a quarter of a million players from across the globe (174 countries, to be precise!) have come together - united by a shared love of mystery and science fiction - to form the Citizen Science Division. You’ve travelled great distances both real and virtual, undertaken complex tasks, and explored the depths of simulation theory. New friendships have been forged, and a tight-knit community has been created. Most importantly a cute hamster has a new home.

You've become part of the No Man's Sky origin story.

It's been an honour to watch, but this is just the beginning. Whether you’ve followed Waking Titan or not, we welcome anyone to sign up to the Citizen Science Division, and to join us on the official CSD forums.

Thank you for this year. We hope you enjoy what comes next.

I like what they are doing and even though people might throw them mad shade I really respect how they are handling the game.