Want to be a part of Cheerful Ghost Radio? Come play Super Mario Bros. 2 with us! 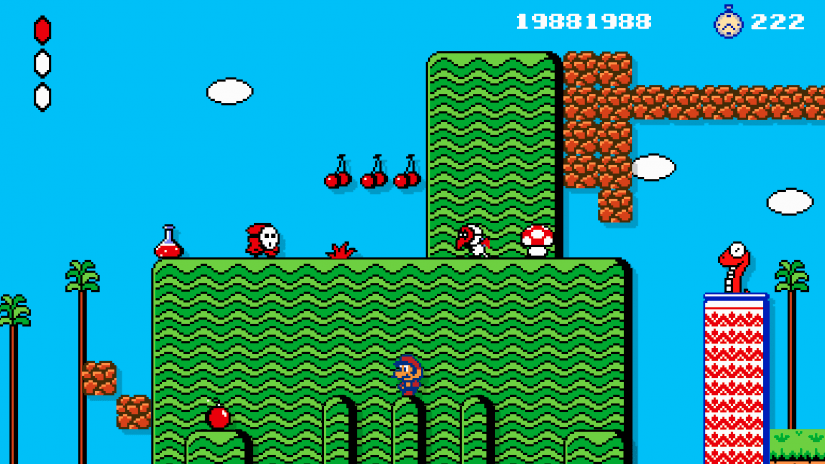 In season 3 of Cheerful Ghost Radio, we are starting our NES Classic reviews with Super Mario Bros. 1-3. Next up is the first sequel, Super Mario Bros. 2! Come play the game and discuss it with us, and we’ll include your thoughts in the episode!

And by the way, if you don’t have an NES Classic or the original, but you do have Nintendo Switch Online, you can play it there as well!

The Super Mario Bros. 2 we know in Western territories isn't the first game to go by that name. The first one (re-released later as The Lost Levels) was deemed too hard for us, so Nintendo reskinned Doki Doki Panic and released that as Super Mario Bros. 2 for us noobs in the west.

Come play Super Mario Bros. 2 with us this week and share your thoughts about it, including any thoughts you have about The Lost Levels release on SNES.

If you want to join up, hit the link below!
https://cheerfulghost.com/Travis/events/169/cheerful-ghost-games-club-super-mario-bros-2

I'll be playing it!

Also, love that picture it looks like someone gave it a slight 3D effect or is the game naturally shaded like that?

It’s an edited image but I think the shading on things was there for some objects.

Super Mario Bros. 2 (along with Section Z) was actually the first Nintendo game I ever owned. I got it for my birthday at the same time as the system itself. My friends and I played nonstop for hours on end.

@jaelte I never even heard of Section Z, I had to look up some gameplay. That looks like a fun intro to the autoscrolling shoot-em-up.

In terms of Mario 2, what did you think as a fresh NES owner? What do you think now? You should drop into the event and play it with us this week ;)