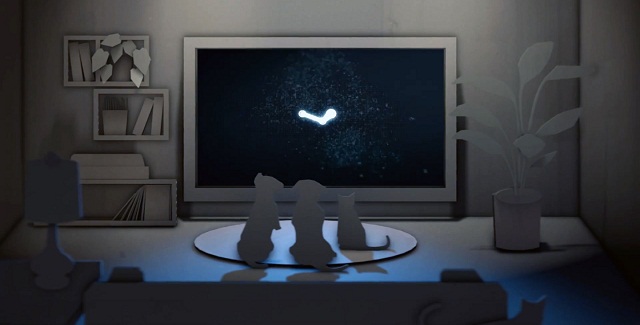 It's official, folks. Or as official it can be before an officially official announcement comes around. The Steambox (not the official name, but they should totally use it) is going to be out in 2013, based on Linux, and Valve has other hardware in mind as well.

Valve engineer Ben Krasnow sat down with German gaming site golem.de to discuss their plans. This news comes as no surprise as people have been speculating the Steambox for years now. With all the Windows 8 criticism coming from Newell, and the push for Linux support and Big Picture mode, this was the natural way of things.

This brings up some questions and revelations for me. First, while this is obviously in part a reaction to Windows 8, is this just the way things are going? At this point, while Desktop Linux has less than 2% market share, the Linux kernel itself is on over 40% of consumer computing devices (mostly due to Android phones, tablets, and hell, refrigerators), and is far and away the most used operating system around when all devices are considered. This is telling in many ways-- "computing devices" is a broad term, but usefully so. Computing is moving far from its roots, and into a more device-based model. A Steam console based on Desktop Linux gives Valve a way to keep the desktop while expanding into the device market. I think Valve's business model is evolving to compensate for that.

Second, this is another big platform to support. There are plenty of amazing games to play on Linux currently, but will developers embrace another platform? Steam is a big name, for sure, and if developers want their games on the next big thing from Valve, they'll have to. The question is, what role will this new console fill that the others don't? Personally, the Steambox combined with Steam Cloud would fill a desire I've had for a while-- being able to play a game on my PC in the back with a keyboard and mouse, then continue it on my couch with a controller. You can already do that with a second PC, but presumably the hardware will be standardized and cheaper, and better suited for couch play.

Third, a subject dear to my heart, as many of you know-- what does this mean for Linux in general? If the games released for Steam's new console are Linux games, that means the long-ignored platform will be getting an influx of awesome games. One major reason cited for people choosing to stick with Windows is gaming. Plus, the new push for gaming could mean better drivers, something we've already started to see. Don't get me wrong-- I'm in no way proclaiming 2013 to be the year of the Linux desktop. People have been saying that for a decade now, and it has never come to pass. I don't think 2013 will be any different. But maybe Linux can move from 1.6% to 2.6%, or even 3.6%. Certainly not the grand migration everyone has been hoping for, but enough for it to be considered a valid, important platform.

This is exciting news, and I can't wait to see specs and launch titles.

I've been rather curious as to how Valve intended to implement a Steambox. Realistically, it's not too hard to convert a game over from win to linux, but will it be worth it for the game producers? Of course there is always the very outside chance that Valve will be building a custom emulator on the back end of Steam. That would be tricky as all hell, but for the price of a Steambox (which isn't looking too cheap) it could be feasible. No matter which way it falls, as a PC gamer this situation will work out to my benefit.

Seriously though, one thing they could do for *some* Windows games is to have custom Wine configs. Not all games would work like this, of course. It would be similar to what GOG does with DOSBox, and what gogonlinux does for GOG games as well, but on a bigger scale. I think they're pushing pretty hard for native Linux support though (or at least developer supported Wine support, like with Psychonauts) from comments I've read from Gabe.

I feel like they're holding their cards until an official Dota 2 release and another large release so they can turn around and say, "Look what we can do. Work with us and this will all be yours."

What would be highly likely is "Buy this and receive our entire catalog for free."

Its really about if the platform gains traction enough to warrant attention for a developer or publisher. In reality, the PS3 is a low powered PC with Open GL etc and some Sony stuff included. It isn't too nuts to port that kind of game to Linux beyond how hard it would be to port it to the PS3 or XBox or whatever. I mean games now days are written with PC, PS3, Xbox & Mac in mind.

My bet is that the Steam box will gain traction because Steam is THE platform for PC games. Why not the console too? It makes a obligatory PSX or XBox 1080 less relevant if gamers have a PC and a Steam box. In a way, I wonder if Valve will obliterate the competition. I mean, it is a possibility I guess.

Anyways also consider making the game available on PC and Steam box might not mean Desktop Linux to a publisher. Especially if Valve ships a non x86 chip in the Steam box. But whatevs in most cases I bet a Linux port would come too. Or maybe I just hope :D

The next few years should be awesome and right now I am holding off on ANY console choices until I see what Valve does. Even if its just a way to get Portal 3 and music, it might be good enough for me.

Playing in Dolby Vision, I think.