Sequel? One of the best written comedy games ever. Sure, 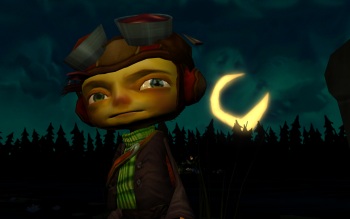 Sequel? One of the best written comedy games ever. Sure, the platforming could drive you mad (I never actually did beat the meat circus), and it had its share of bugs, but it also had some of the best art, characters, and pure inventiveness, all wrapped in that patented Tim Schafer cleverness.

Did you guys play the original? It didn't sell well (though I think I've technically bought it three times myself). What do you think about the idea of a sequel?

I haven't played Psyconauts. I've heard is awesome though.

It's a classic for sure. Just a classic I need to play...

Posted about 17 days ago
Read