PC
🐉 Do you love text based, sword and magic mini-MMO's? Play Tale of the White Wyvern for free right now! ⚔️ 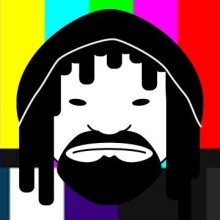 You're right, the soundtrack seems really wicked! Makes me wish the rest of the game was at least stylized to look the part. Seems a mishmash of several ideas, but not cohesively joined. Definitely a cool soundtrack, though.

Have you tried Strike Suit Zero?

Lounge music in a space game, unique touch for sure.

I love how many games you review with your videos. I sort of love that you play these games because I don't have time to!

Oh one question, will you do the continuing episodes of The Journey Down?

scrypt: I absolutely have. I haven't gotten a chance to go too deep into it though and with Simcity and Bioshock dropping I don't see myself getting around to it in March. From the very little I've played though it seems phenomenal.

J-Dod (yeah, I'm trademarking that): I have been thinking of revisiting some of the games that are longer and give a perspective from deeper into the game. As for the Journey Down specifically, the title "Chapter One" belongs to the game, not the video. It is being released in chapters ala Walking Dead and Back to the Future. When it is released I will without a doubt do a quickplay of it, but they are just hammering down the art right now, so I doubt we'll see it until Q4 at the absolute earliest.

Ok cool, looking forward to it!

Oh and when you do the Simcity video, please post it here I am not sure if I am going to jump into Origin and if this game is that bad-ass I may have to.

I'm always down for a batman movie.

So sorry, I overlooked those places. Thanks!

Total Wyvern kills is at Tarbreth’s Hall of Honor. ...