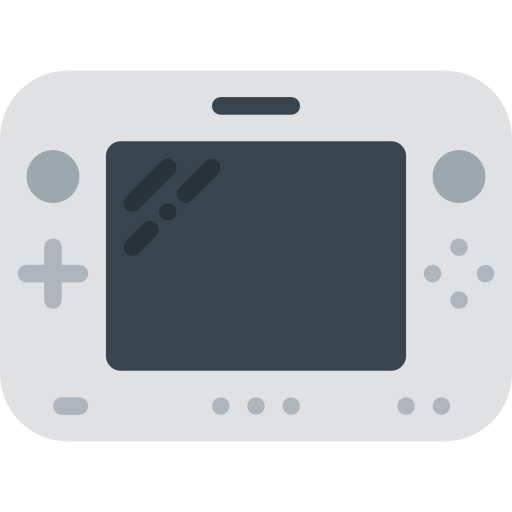 Wii U
🐉 Do you love text based, sword and magic mini-MMO's? Play Tale of the White Wyvern for free right now! ⚔️

Oh and we haven't played Bowsers Fury yet but I imagine we'll get there after we complete Super Mario 3D World. We just got to the mid point in World 3 even if the game feels like a continual hunt for the kitty suit.

Yep. You need to buy Super Mario 3D World on Switch and it runs on the same engine but it's a totally separate thing you select at the menu of the game.

What Kind of Game is Bowser’s Fury?

By jdodson on 01/13/2021   Admin
Super Mario 3D World
Nintendo released a new trailer for the upcoming Super Mario 3D World Switch re-release and showcased more of the Bowser’s Fury addition. I don’t want to spoil it for you so watch it before you read on.

Looks like in Bowser’s Fury you interact in some way with Bowser Junior then Godzilla Bowser and then you become Super Lion Mario? As awesome as this looks I’m not sure what kind of game this will turn out to be so I’m interested in hearing what you think. Nintendo released a new trailer for the upcoming Super Mario 3D World Switch re-release and showcased more of the Bowser’s Fury addition. I don’t want to spoil it for you so watch it before you read on.

Looks like in Bowser’s Fury you interact in some way with Bowser Junior then Godzilla Bowser and then you become Super Lion Mario? As awesome as this looks I’m not sure what kind of game this will turn out to be so I’m interested in hearing what you think.

Damn, that looks cool. Why do they have to add content? I already own this on the Wii U. Damn you Nintendo!

So you'll buy it again? I have it on Wii U and I'm getting it again. I didn't play it a lot on Wii U but it's the game I played the most on that system.

Probably. Not right away though.

This is actually really nice to hear. I want it more now.

My First Impressions Of The Wii U

I've been away from the console world for some time focusing on PC gaming and the 3DS. The Wii U is a good console but I didn't miss the install times, slow load times and general clunkiness of these kinds of disc based IO systems. I'm used to the quick load times of physical NES and SNES carts or blazing fast SSD drives on my PC, Mac or Phone. Heading back to the Wii U is fun but lots of that fun is slowed down by way to long install and load times. Now that most of the games I want to play are installed and updated, it's mostly fine, but that initial hit is painful.

The Wii U And The 3DS

The Wii, 3DS and Wii U share a similar user experience. The ideal of channels started on the Wii and moved to the the Wii U but the best realization of it is on the 3DS. The Wii U and 3DS were released around similar times but the 3DS user interface is smoother and to me seems better. The only real difference is that the Wii U is slower to load things and not quite as intuitive as the 3DS. This might be because I have much more familiarity with the 3DS but the 3DS just feels better as system to me than the Wii U. The Wii U is functional and also very pretty but the 3DS is just a better version of what the Wii U is trying to do, which is make playing games fun.

The Best Part Of The Wii U

The best part of the Wii U are the first party Nintendo games and I wish there were more of them on the system. The lack of awesome games was the big complaint about the system in general, not that people didn't like it, just that it disappointed people in terms of what you could do with it. This isn't a problem with the 3DS and seems to be fixed by the Switch as well and it's sad the Wii U couldn't overcome it.

One of the first games I wanted to get on the Wii U was Super Mario 3D World and I picked it up on the cheap at this years Portland Retro Game Expo along with a raft of other Wii U stuff. Super Mario 3D World continues the fun Mario 3D legacy but brings up to 4 players on screen at the same time making for some manic-fun gameplay. The first thing I noticed when I played Super Mario 3D World was how beautiful this game is. Nintendo games in full HD are an incredible sight to behold and the Wii U is flexing It's graphical muscles to deliver one of the prettiest games i've seen in quite some time. The only thing that took me a while to get used to in Super Mario 3D World were some elements of the platforming because you need to keep track of your position to not fall to your death. In the end it's not too hard but when you add another player it can get much more challenging.

With Nintendo bringing back the best of the Wii U games to the Switch I hope they do similarly with Super Mario 3D World. It has some overlap with Mario Odyssey but if people want even more Mario platforming, 3D World is a great game to play.

The Wii U is a very interesting Nintendo console and doesn't seem to get much love from gamers and not much more from hardcore Nintendo fans. Because of this I'm really happy to own a Wii U and it's been really surprising to collect for it as it hasn't been very expensive. The Wii U is a strange system with a lot of quirks that I really find endearing. It's the first Nintendo system to do true HD and has some fun elements like a tablet controller that seemed to be done better later as the Nintendo Switch. But since I love weird stuff, the Wii U feels right at home under my TV.

"The kids love us because we're INCREDIBLY current with our pop discussion."

That said I want one as well. I've been checking Craigslist every couple weeks to see if I can find a good deal. Basically I just want it for the few Nintendo published games that they don't (or can't) port to the Switch. I would assume (but I don't know) that a lot of those games have a requirement for the second screen to really be able to work, something like Mario Maker would make sense as one of these, but again I don't know as I haven't played it at all.

The only disappointment my Wii U has given me is the fact that the laser seems extremely picky. I bought a hard copy of Terraria, which looks great, but the Wii U won't read it, so I bought the digital version. Vinny still often plays on the Wii U, nearly every day. I've given you my gaming recommendation(s). It is interesting to compare the Wii U to the 3DS. I feel like the Wii U is a bigger version of the 3DS. The Switch, I guess, was a natural evolution as well.