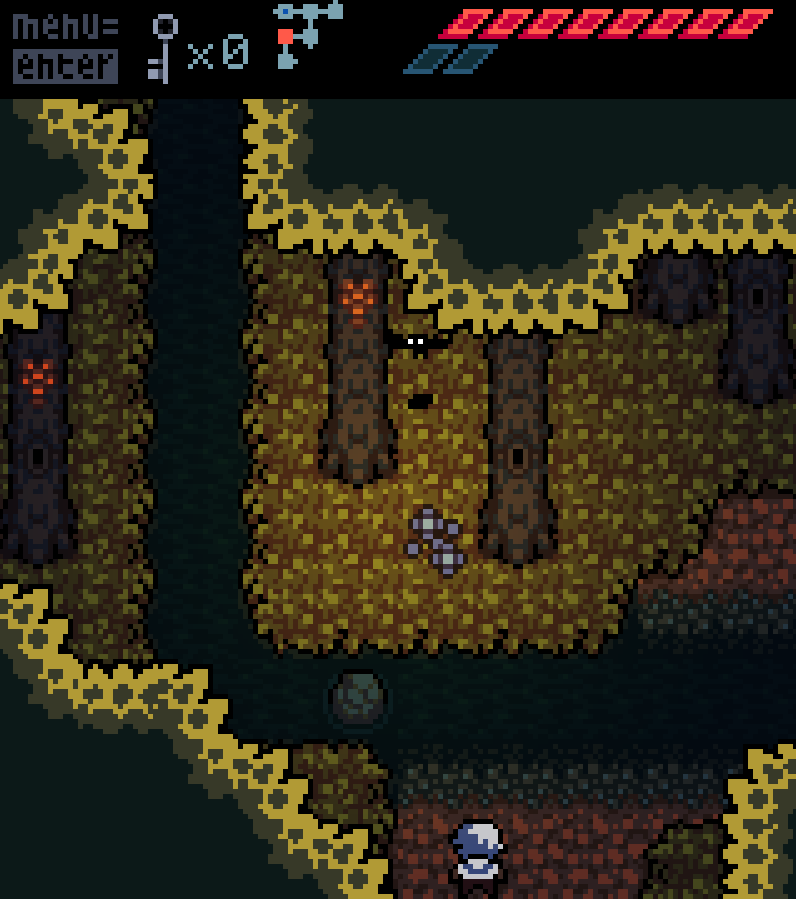 Anodyne is one of the most compelling games I've played in quite some time. Every time I mull over what game to play next, Anodyne lulls me back. Its a very uniquely paced game and as such mixes in some really surprising elements. For instance, Anodyne contains some very cool art for certain levels that really does harken back to an older Super Nintendo era. Each dungeon has a hook to it, like the old Zelda dungeons from Link to the Past onward. For instance, in one dungeon you must master a series of jump puzzles that gets a bit fiddly, but once you learn the ropes it isn't too bad.

Anodyne has a story that may be hard to follow but that doesn't mean I don't appreciate it. Sometimes the game dialog and story go a particular direction and then in another beat some joke changes the flow which can be a bit odd. In a way, I appreciate how disjointed Anodyne is and if you are expecting it to hand you the narrative simply, this isn't your jam. I believe that games and life even is a journey which can incorporate multiple elements in story, art, music and overall feel of how it mixes together. The fact that Anodyne has a less accessible story doesn't bother me as I am really drawn into the journey of the game more than yet another retelling of Star Wars or The Iliad.

After a few play sessions I would say I am about 70% through the game and am looking forward to completing it. Anodyne is one of those games that has fantastic art and these are a few shots I took of it:

Did you get hit by a boulder on the way up?

Ha, no. At least, I don't remember seeing any boulder.

Where can you get that game, and what platform(s) is it on?

Wait nevermind, I see that it's on PC. :P But does it run on Mac?

It's on Steam now and runs on PC, Mac and Linux.

Played it on both the PC and Mac.

I just got this game and so far I am enjoying it immensely.

Yeah, its totally awesome! Did you get it on Steam or from their site? I picked it up before it was on Steam though the Humble Store and they just recently allowed everyone a free Steam Key! WOOT!

Love it when people do the right thing.

I got it on Steam a few days ago for my birthday.

But, for people that are cheap like me and wanting to get this awesome game, it's currently in the Groupees Bundle with some other excellent titles at http://groupees.com/retro !