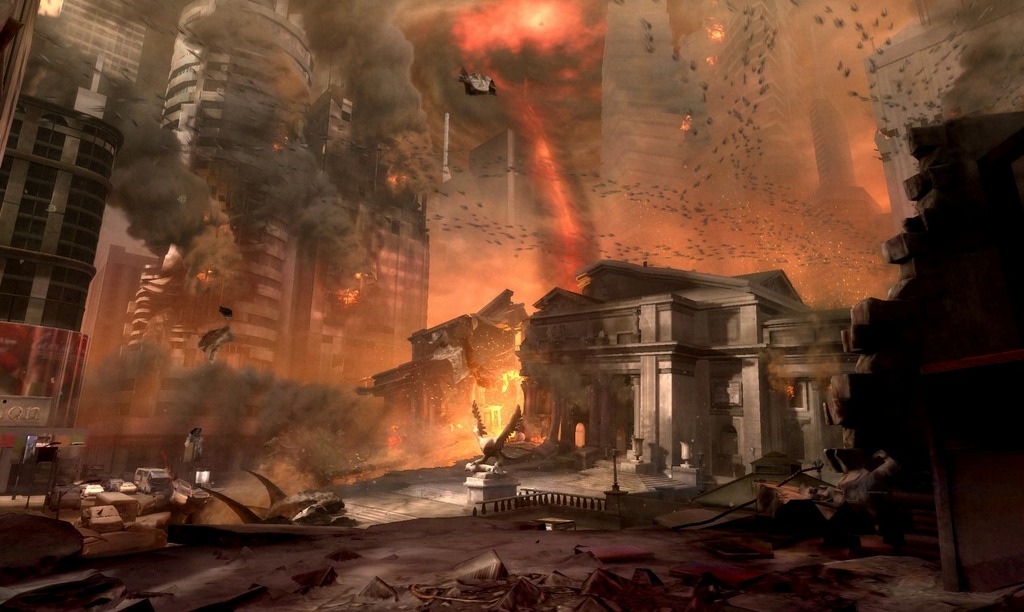 This is a painful Kotaku piece to summarize so ill just let you read it now and go over some of the more cringeworthy aspects of it.

So first off, this is nearly entirely based on a hidden source at iD. I am not saying this is bad information, its just hard to validate. That said, this years QuakeCon is coming up and Carmack always gives a keynote and he will talk about some of this I imagine. Since I am a huge iD fanboy ill be watching it, I always do and its usually very awesome because Carmack is rad.

"Larger creature ambitions turned into mediocre garden variety behaviors,” the source said. “[The story] again became lame and unfit for a late night sci-fi channel, and the team didn't feel a whole lot of ownership and contribution to the project. Cue the exodus of talent leaving ever since."

I have worked for companies where that happened and it can turn out to be good, but often times signals the end. iD has been around since the infancy of PC gaming, I really hope they come out swinging with Doom 4. Not just because I love Doom, but because I really fucking love Doom. Kind of knew about a few people that left, I wonder how widespread it was.

The Kotaku piece outlines that they merged the Doom 4 and Rage teams together and it was challenging and that makes sense. Its odd they couldn't nail down a design because they could simply take the Rage engine and remake Doom 1, 2 and 3 and it would sell fairly well. I think the next logical evolution of Doom is some badass war on earth in cities, so you know something like that.

"One source described a meeting in which ZeniMax executives told Id leads that “Doom 4 can and should be as big as Skyrim,” as far as both sales and cultural impact. (Skyrim, Bethesda’s massive role-playing game, shipped 7 million copies during its first week on shelves in November of 2011. And everyone had heard about it—not just hardcore gamers.)"

On one hand, I would love a Doom game as epic as Skyrim. On the other hand, the way this is worded, it sounds like ZeniMax is being a bit unrealistic. I mean how does someone simply make a game as impactful as Skyrim because you say they must. That said, I could see Doom 4 being as impactful as Skyrim given the right design.

At the end of the day this news isn't awesome and if this is all true, its sad to hear. I hold out hope for iD to do well with Doom 4 but as with many things, time will tell.

I wonder if iD has done this to themselves in a way. From my outside perspective, it just doesn't seem like they're learning. They were true pioneers back in the day, and made some of the most influential titles around. But now, people expect more than that, and where others have become the new pioneers for more advanced FPS gaming, it seems like when iD tries that it's just cliche and derivative. They either need to stick to what they do best, because that gameplay still holds up, or hire new talent who can bring fresh ideas to the table, and be sure they're surrounded by people who will listen.

Because I'm like you, Jon. I don't want iD going anywhere, but with that level of tearing down and rebuilding, you can't sustain long.

I think expectations are much higher than they were for certain. That said, if they returned to their roots with a simple Doom game, im not sure people would have a problem with that. I have been thinking of doing a pixel based Doom shooter similar to the original with a more modern touch. Thing is, I think the whole triple A thing is kind of nuts in some instances and I think they are falling prey to pushing for ultra pixel HD triple buffered rad. In Rage, that was fantastic no question but I have had just as much fun in FTL lately.

Id either cut it down to be a simple retro title OR scale it up Skyrim huge. Either game I would love to play.