The Sim Game I've Been Waiting For 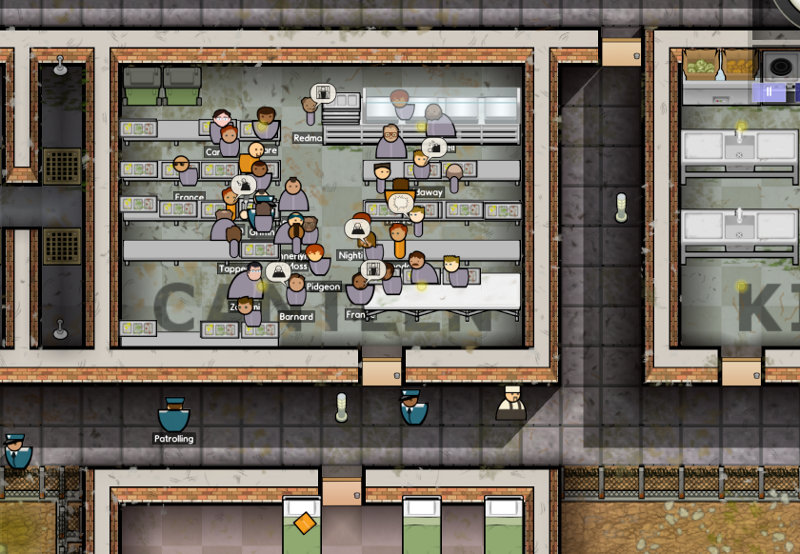 SimCity 4 was released 2003 and I picked it up a few years ago in a discount bin with every expansion and a few other Sim games tossed in. How could you go wrong? Possibly no DRM(its on the discount bin), all the expansions AND it's a SimCity game. I mean, even if it sucks a bit it won't suck that much because again, SimCity. Well... about that. SimCity 4 wasn't fun. It had the epic scale I wanted as you could build huge cities and spend time managing things, but it just wasn't fun.

my history with sim games

Some of the most magical moments of gaming have been related to Sim games. Making a planet and populating with creatures that evolved in SimEarth was incredible. I sunk a jillion hours making all kinds of awesome cities in SimCity for Super Nintendo. I also spent way too much time in Junior High invading the house in SimAnt. And when my wife decided to surprise me with Roller Coaster Tycoon I was sucked in to building epic and profitable theme parks.

Yeah, I love Sim games. But it has been hard getting on board with new Sim games. They either are not very fun or delve into territory I don't want to hang out in. The new Simcity game looks interesting enough but I am certain I don't want to pay to frustrate myself with EA's DRM. Couple that with the fact that most people i've talked to that have played it don't like it very much. But I love Sim games and want to play something new.

Well, as luck would have it there is a totally awesome new sim game out called Prison Architect. How awesome? Well, so awesome I sunk something like 10 hours into playing it this Sunday. I know for many gamers that's a drop in the bucket, but let's put that into perspective. The last time I spent 10 hours playing a game was Fallout 3 back in 2009. Playing Terraria got me close that number, but it was a bunch of smaller chunks of time. No, no, Prison Architect is apparently my new thing. And I don't mind saying that because the game is totally bad-ass.

prison architect has something to say

I play lots of games and most of them keep it pretty "light" in terms of getting you to consider that your choices have any real consequence or make you think about the world around you.

Prison Architect is a bit different. It takes a topic, like managing a prison and makes you think about the real world implications of your actions. From the outset of the Introduction the story is compelling. A teacher admitted to and was convicted of a double homicide and is awaiting the death penalty. You must build an electric chair and upgrade the prison to handle the execution. During the events the Prison CEO tells you to not worry about what you are doing in that "society has judged him, we are just doing our jobs." As I completed the tasks and got everything ready I was facing a scenario I never considered. A scenario where doing your job means someones death in a situation I don't agree with. During the introduction a Priest mentioned that if the Teacher was convicted of the crime in another district he wouldn't be on death row because of different laws governing the crime. I won't spoil the entire game introduction, but it's compelling, raw and edgy. It takes games as a medium for discussion and turns the dial up to 11. And that's just in the introduction.

Introversion Software says they are going to make more of the introduction when the game is more complete and I can't wait for them get to that.

a mesmerizing mix of fun and serious business

You need to build a holding area for your prisoners to stay while you build them their individual prison cells. If you don't have an area for the prisoners to shower they will be upset because they smell bad. Ensure you build your Kitchen next to the loading area so your cooks can ferry food quickly back and forth and also make sure the Canteen is next to the Kitchen so the Cooks can get the food delivered quickly. If the prison is dirty, the prisoners will be upset they are wallowing in filth. Make sure you have a Laundry room because they won't love wearing the same clothes every day for a year.

Oh right and did you build enough stuff for them to do with their free time? If you don't they might riot, dig an escape tunnel or start a fight. But they will do that anyway even if they are happy, so stay vigilant! Prison Architect is built on some really great concepts that work together to make the Prison seem alive. It also helps that each prisoner, guard, cook, visitor, janitor, warden and builder is on screen and has some really interesting AI governing their actions.

how will your prisoners spend their day?

Like SimAnt, it's a ton of fun just watching the prison work day to day. It also helps that you can control the prisoners day too. Currently my prisoners "Regime" is as follows:

So far, this seems to be a pretty good routine. Since they are working in the Kitchen, Laundry & Janitorial I can save on wages. I make a few extra bucks in the Workshop when they make license plates plus the prisoners not working get free time. This seems to work pretty well and since the prison is squeaky clean and everyone gets freshly laundered clothes, they seem much happier.

My first prison was a right wing hell hole in that I had no idea because I had no idea how to play the game or keep them happy so I gave them little and handed down very harsh punishments. I responded by putting the prisoners in solitary confinement for each infraction, which was way more heavy handed that I wanted to be but caused them to be morally disillusioned and they that caused them to stop rioting for a time. In the end this was a really bad strategy as if in Prison Architect you ignore the majority of the prisoners needs they will be very upset and riot often.

Since then, I have been playing the game as a sandbox, giving myself ample amounts of cash, to understand the game better and come up with a solid build to making a sustainable prison. But also one that sort of reflects how I would run one if given the real world opportunity. I have a solid block of work time, but keep things clean and make sure they have enough space to roam free, workout, call and visit their family, stay clean and get enough food.

If you are looking for a great Sim game that takes the genre and goes beyond to create something special, Prison Architect is that game. Can't wait to dive back in and learn more about the game. Prison Architect also has a pretty involved community on Steam Workshop of awesomely built prisons you can upload and tear apart.

But at the end of the day, Prison Architect is just a hell of a lot of fun.

That's a great review. I really enjoy this game and it has the challenges you'd expect from a Sim game. Managing the day to day as well as the grand scheme. I'm going to restart again. Each time I start my prison I play until I hit a road block in my design that is not easily fixed. My current game is overrun with angry rioting prisoners and more are arriving in a couple hours! I haven't figured out how to stop prisoners from constantly coming each day, I think if I say my prison isn't open to prisoners...but does that get rid of my current ones? 8 new prisoners a day is hard to deal with!

It's funny to catch prisoners with weapons or tools before they get to actually use them. The guards kind of start out dumb though lol... they all gathered up in the yard...I'm like, oh hey, good idea, cuz there's 0 prisoners in there right now lol.

But, gonna eat breakfast and then play some more!

You can stop accepting prisoners and you keep your current ones. I turn off new prisoners until I can handle more but now I need to accept them because I have so many and release so many per-day. I need to do a lets play of my main game, its pretty good and I figured out how to make some good money with it.

I've dealt with the rioting prisoners and I believe I know why they do that, so ill put that in the Let's Play and post. At least, I think I know part of the reason they riot :D

Ya, I just realized I can hit closed and it just means closed for NEW prisoners. Also, I started with low-risk inmates this time. I wish my guards would stay in the cell area, so many people just dug tunnels and I had "fog of war" in there!

Well there is one difference, low inmates are released sooner which is a bit of an annoyance because they leave quickly and you need to get new prisoners quicker than you would otherwise.