Recently I beat Borderlands. What an amazing game! What a 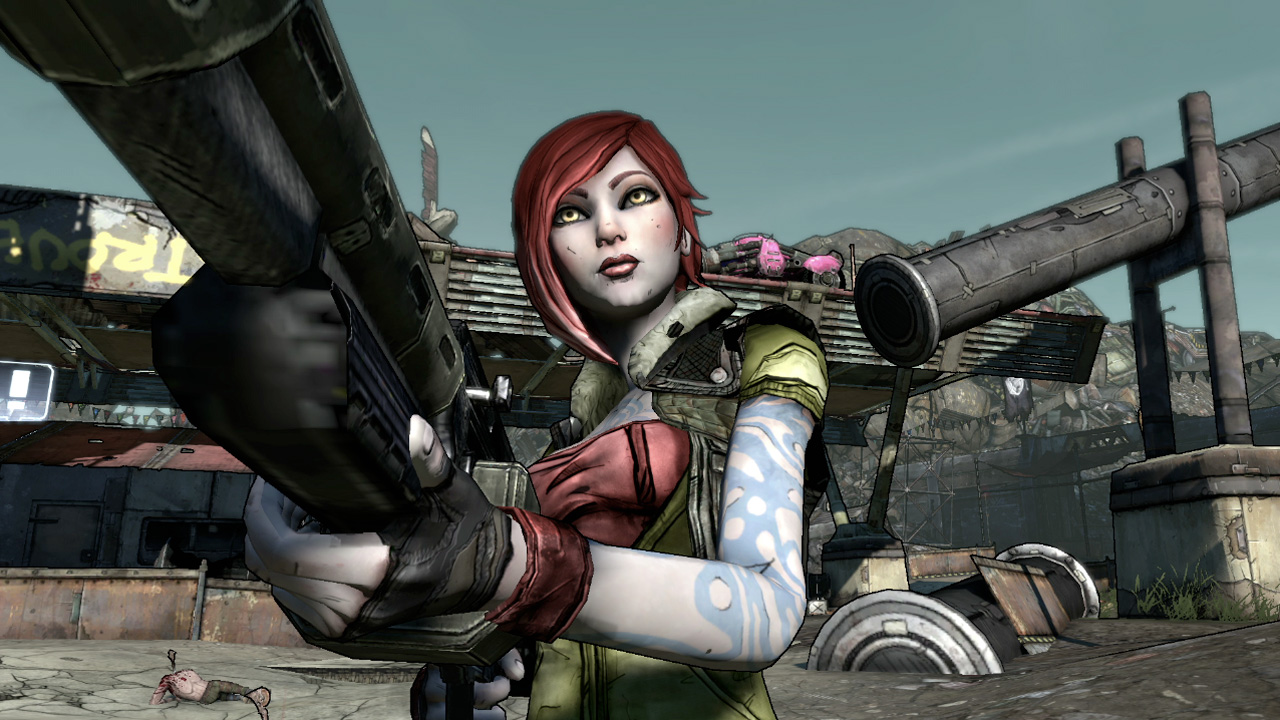 Recently I beat Borderlands. What an amazing game! What a really anti-climactic ending. Haven't torn into the DLC on the PS3 yet, but I will soon.

Played through as the Siren. Focused on phasewalk damage and early on the game found a very over powered shotgun. I think I prefer playing the game with pistols or maybe I was just lucky and found a lot that dont have a lot of bullets but hit very very hard.

This is another of my top games this gen. I played through the whole thing, and still haven't managed to play co-op.

Co-op is great. I've played split screen with my friends and online with my cousin. It's basically harder with more people, which is awesome :)

The only thing is how to divide the loot.

I guess the only fair way to do it is with lots, like MMO's handle it.

Also, I chose the siren too. I actually haven't touched the other three. The fact that you haven't *really* completed the game fully until you've played it 8 times is impressive, but I can't imagine myself doing that.

So if you beat it 8 times is the ending different?

I doubt it. Though that would be awesome.

What I mean is that each character can do a new game + so you haven't exhausted all the content until you've gone through twice with all 4.

Co-op is really where this game shines. I don't know if this happens in other missions, but in one of the early quests there was an extra mini-boss character that showed up once we added a 3rd person. Very hard to fight (especially how early the quest was, so our weapons sucked) but it was very fun to take him down. :)

Everyone I know who has this game has it on PS3, and I'm not a big fan of playing co-op with people I don't know. I got it for 360 thinking more people I know would get it there, but I was way wrong.

I <3 mini bosses we need more games where you take down a mini boss and then they become who you fight a bunch.