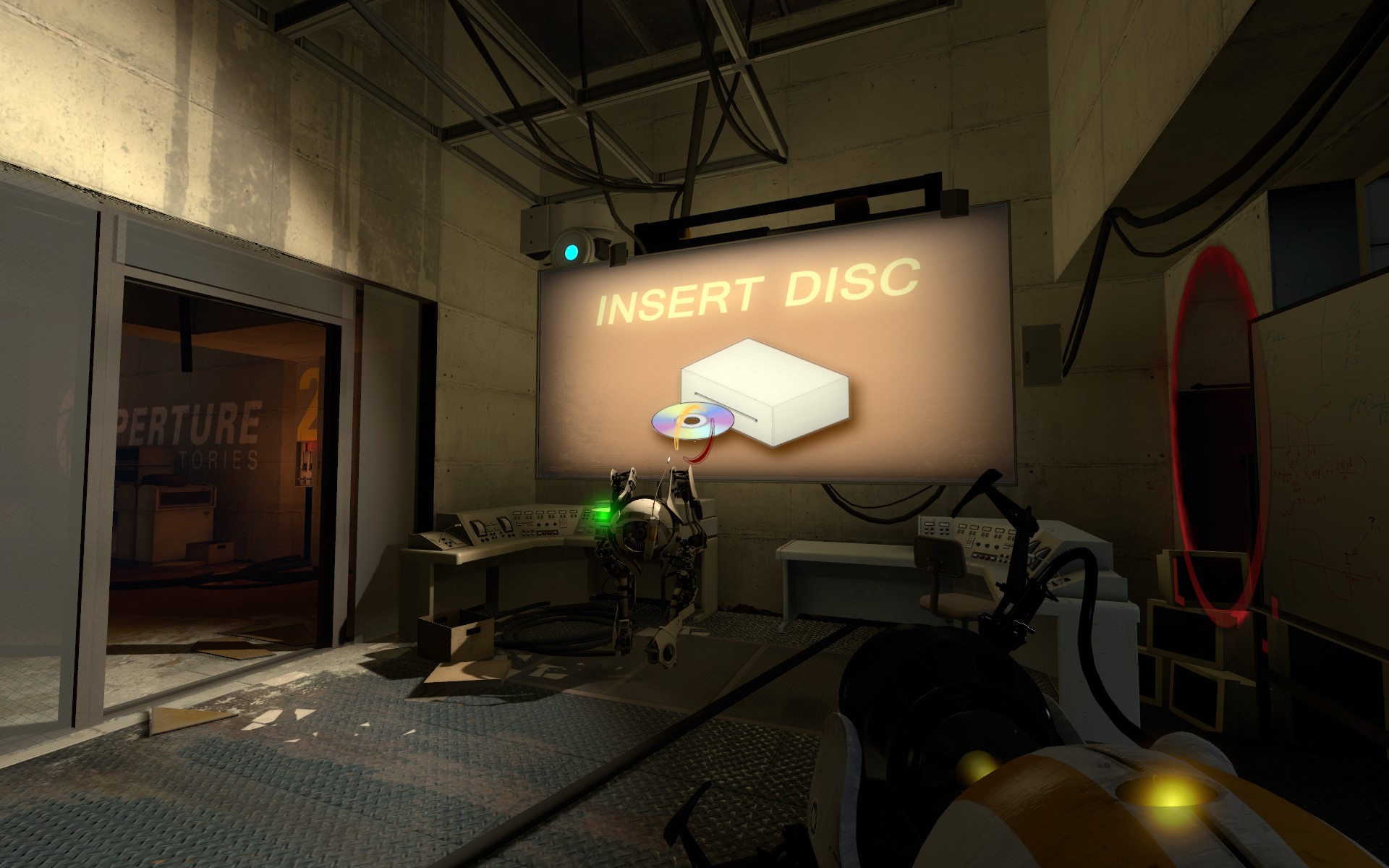 Portal 2 co-op reminds me more of the original Portal than anything. The co-op game focuses way more on straight testing than story which make sense. Since there are two players the testing chambers get a bit more complicated quicker and we had to spend some time getting certain jump puzzles right. I love jumping through the air and if you love that too, you should play the co-op missions.

We never ran into anything we couldn't figure out but I imagine the chambers are going to get harder. During our first session together we completed the intro, first and second levels.

If you have the ability to play Portal 2 split-screen on a console or with a friend over the Internet I seriously recommend it. Doesn't everyone love testing?

Yeah the puzzles definitely require a little more thinking but you feel way less ridiculous talking through the solution with a friend than when you're talking to yourself in single player.