The Winners Of The Cheerful Ghost 2014 GoTY Awards!

By jdodson on 01/02/2015   Admin
Diablo III: Reaper of Souls
The results from the Cheerful Ghost 2014 GoTY awards have been counted. We decided to vote for two categories, Best Indie game as well as Best Triple A game. Since the voting was close for both categories I will list the winner and runner up.

The nominations were made by the Cheerful Ghost community out of games we actually played in 2014.

Winner - Diablo III: Reaper of Souls: "No One Can Stop Death. The Prime Evil rages within the Black Soulstone, its essence screaming for vengeance and release."

Runner up - Wolfenstein: The New Order: "World War II rages across Europe. Where once the Allies pressed advantage, the Nazi forces have turned the tide in dramatic fashion behind the technologically advanced war machine of General Wilhelm Strasse -- Deathshead."

Winner - Monsters Ate My Birthday Cake: "On the distant island of Gogapoe, a land inhabited by monsters and cake, a young boy named Niko is preparing to celebrate his birthday."

There was a tie in the runner up category between:

Runner up - Transistor: "Transistor is a sci-fi themed action RPG that invites you to wield an extraordinary weapon of unknown origin as you fight through a stunning futuristic city"

Congratulations to the winners and thank you to everyone that voted! Let me know what you think of how things turned out in the comments! 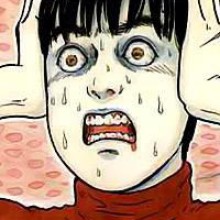 I am happy with all the winners, they're all deserving of it even if I voted for the runner up in both categories :)

Coolness. Was a decent year for gaming.