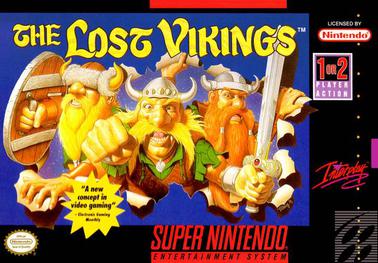 Blizzard has been making games for a long time as as such has amassed a catalog of classic games. They have been releasing their old Super Nintendo Games a bit at a time available for free on PC for download. They recently added The Lost Vikings & Rock N Roll Racing to the list of classic games available on Battle.net. While they were at it they also added a Mac port of Backthrone, a title previously made available. The SNES ports of all three titles are superb and Blizzard also took the time to re-translate the menus so that the in game text reflects the new PC keyboard control scheme.

It seems Blizzard is starting with porting it's earliest titles and moving forward so it's just a matter of time before we see Warcraft Orcs & Humans, Warcraft 2 & Diablo ported.

You can download Blackthorne, The Lost Vikings & Rock N Roll Racing(scroll to the bottom of the page) by clicking the link below.

For a list of all Blizzard classic titles check the link below.

Thanks for sharing! I don't think I've played any of those games, but I'm going to install them. I haven't played WoW either, even though I believe I could play it for free until my character reaches level 20. I'm currently playing (and loving) Hearthstone. I have unlocked a mount, which you get by getting an achievement in Hearthstone. I believe it is available after you win 3 games in "Play" mode (which is when you play against real people, not the AI).

They did this a while ago didn't they? I think someone wrote about one of them here.

Actually, I think I have played Rock N Roll Racing before, a very long time ago. Thanks again for the links.

Travis: They released Blackthorne awhile ago and I wrote about that. Rock N Roll Racing & The Lost Vikings are new + the Blackthrone Mac port.

I say that because I've played The Lost Vikings on my PC a few months ago.

Yeah, for sure. I don't see an article filed under those games so ITS NEWS TO ME!

I was stoked to see Blizzard on the Vulkan support list. It doesn't guarantee anything, but Vulkan is getting a lot of Linux love. I hope they eventually branch out to Linux.

That would be awesome.

In case anyone was wondering rock n roll racing is one of the best games ever. Do not let the name fool you. I sunk many hours into it when it was new. And I still have a ROM of it on my laptop so that I have something fun to play when on trips. Etc. Multiplayer was also legit. One of the first games I played that really impressed upon me the ideas I have about resource management, upgrading , and winning no matter how many people you have to hurt.

By laptop I should have said netbook. My small, not powerful laptop. Haha

I think I know of potentially one reason Blizzard is releasing these old games for free. To give these old characters some new visibility. They recently brought back The Lost Vikings as a Heroes of the Storm character(thats right, just one character). I've heard it's a really cool character to play as because you switch up the Viking you play as on the fly.

If you look on the list of heroes you'll also see E.T.C. I think Rock N Roll Racing is his game. While it says "coming soon," I was able to play as him last night.

That's a very good point. They need more characters to choose from. Is the murlock playable yet? :D

Oh man, I played the hell out of The Lost Vikings back in the day. And I definitely remember hours of fun with friends playing Rock 'n' Roll Racing (Olaf is in another time zone!). Thank you for post this; I hadn't known about it either.