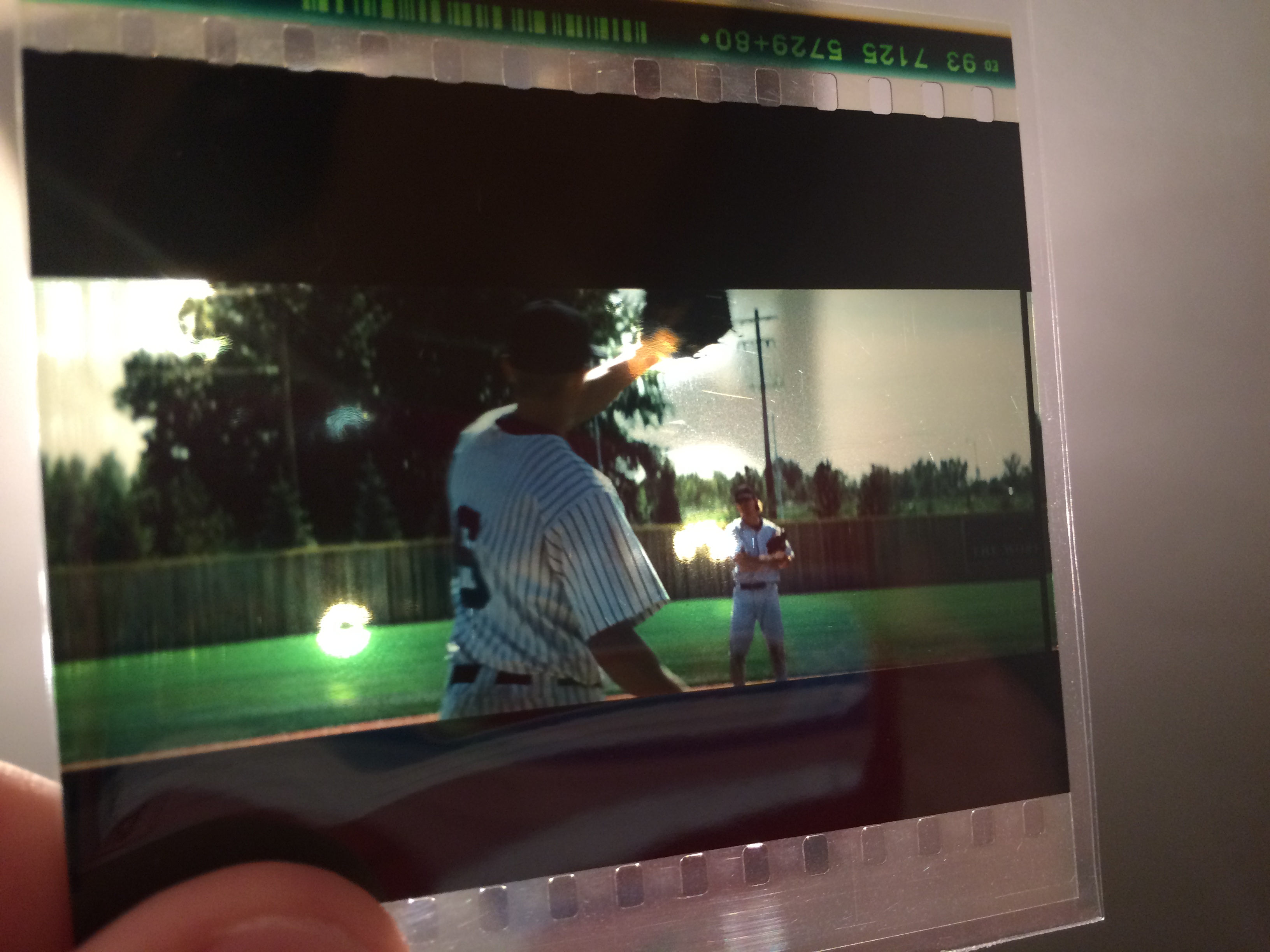 Interstellar is a new sci-fi epic by Christopher Nolan about a crew of astronauts that travel to space to find a new home for humanity. Christopher Nolan is a great director and I usually enjoy his films and Interstellar was no exception. The story, cinematography, acting and score are all top notch and really showcase a director at the top of his game. If you love hard sci-fi you need to watch Interstellar.

When I really enjoy a film I buy it. I typically watch movies I love many times over and I also like scouring over the extended scenes, outtakes and behind the scenes features. I usually buy films on Bluray as digital copies don't usually provide extras, commentary tracks or the ability to loan to a friend. The Interstellar Bluray had a cool feature where they would clip out an IMAX film cell to include with each Bluray package. It's a cool addition for fans of the film and makes sense when you consider that Christopher Nolan is one of the few remaining film makers that insist of shooting on reels of film and not digital. There is a larger debate in cinema on the merits of film VS digital and if you want to go into that more, I recommend Keanu Reeves amazing documentary Side by Side. Needless to say I don't have a preference but I think Nolan does have a look to his films that other directors don't and I imagine shooting on film is one of the components of that.

When I heard that Interstellar included an IMAX frame from the film I was interested in getting something featuring the machines Tars or Case. That said there are a ton of great scenes in the movie and any of that would have been great too. When I got the movie I was excited to see what frame I would get and opened it with gleeful anticipation. Nothing could have prepared me for the massive disappointment of opening it up and finding out I got a frame of the baseball scene. Now the scene was good and made sense in the film and I have no problems with it at all and quite enjoyed it, it's just that.... A BASEBALL PITCHING FRAME FROM A SPACE MOVIE???? *Sigh* Massive first world problems disappointment.

Most movies don't release a film cell with the Bluray so adding it is a pretty unique thing and I am actually pretty happy to have an IMAX frame at all. Still, I think I would have preferred a main character looking like a derp instead of a frame of someone pitching a baseball. That said, this IMAX frame will go up on my bookcase of nerd treasures and it's still pretty cool to have even if it is a baseball pitching frame from a space movie.

That said, if anyone buys Interstellar and is upset that they didn't get an IMAX frame from the baseball scene I have a high quality frame I would be willing to trade for just about whatever else you've got.

Side By Side looks super interesting! Thanks for mentioning it!

And sorry about your luck with the baseball scene. I know how much more you prefer football

I got a shot of the school principal during the PTA meeting. At least it's an actor? http://i.imgur.com/JLxRpdT.jpg

The steelbook case is what I was really going for, which is super hawt, and it included the digital code (which most do, these days), which is double-hawt. This movie really covered all the bases, for me. I want Christopher Nolan to direct everything.

Also, I was lucky enough to grab a copy of the WIRED issue that Christopher Nolan co-edited when Interstellar released, entitled "Beyond. A Story In Five Dimensions", which is a really neat compliment to the movie. It looks like WIRED put up a digested digital version here: http://www.wired.com/2014/11/christopher-nolan-wired-editor/ .


Forgot to mention that in that WIRED issue (and in the digital version) there is a 7-page comic, written by Christopher Nolan, giving insight into what happened on Dr. Mann's planet, prior to Cooper and companies touchdown. Makes me want an entire series of an Interstellar comic!

I'll check that article thanks scrypt. The cell you got was much cooler for sure. I wonder who got the space scenes?