What Do We Do When The Cart Batteries Die? 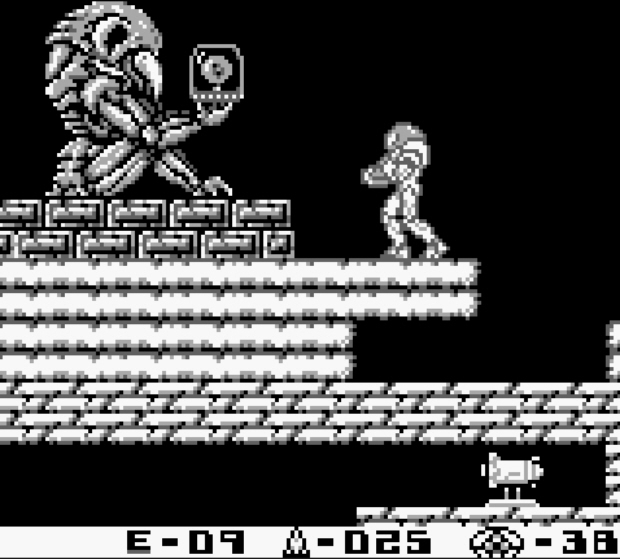 Recently I picked up Metroid II: The Return of Samus from a local game convention. Metroid II is one of my favorite Metroid games as, for me, it really started my love for the franchise. Metroid II really gets the dark lonely vibe the series is known for and draws this out even more with the monochrome aspect of the Gameboy visuals. That said, when I booted it up on my GBA after about an hour play through I noticed something. Saving didn't work. I tried it a few more times and yeah, I can't save a game to the game cart. Zelda Link's Awakening is another Gameboy title I have that saves and I tried it out too and yeah, the saves no longer stuck on the game cart.

Was I the only one that experienced this? Clearly these games don't last forever but maybe I bought a bad game? Come to find out my game wasn't alone but that the original method for saving games on old game carts is slowly dying. Here is what I found from a very informative Atari Age post about this very subject(i'll clip out the relevant parts but I recommend you read the whole thing):

"In the case with NES games, the battery usually only powers a low-power (or a very-low-power) SRAM chip... Dividing the charge on the drain therefore tells us that the average lifetime of a typically battery-backed NES cartridge is around 70 years (+/- 10)

The other class of cartridge systems I have looked at is Gameboy games. After examining quite a lot of those, I see that two different batteries were used. Older games, usually from 2000 and earlier, uses a whimpy CR1616 battery cell with only about 55mAh (200C). Later cartridges has the CR2025 cell, with 150mAh (540C)... Old MCB1 games with the CR1616 are expected to retain data for 15 years +/- 5 years. About now, in other words."

That post was in 2012 so we are long past the expected battery life of all Gameboy games made in the pre 2000 era. I find this fact a bit depressing as the only way to now play certain games with a save is to emulate them or re-purchase them on a modern system. I still enjoy having the original carts for collecting and they still work I just can no longer save them, which is extremely unfortunate.

Bummer dude! I never gave much thought about Gameboy cart saves, but I knew that NES carts had batteries for saves. The only other method around that was by using codes.

One of my copies of the original Legend Of Zelda no longer saves. I got a replacement because of that.

I also had a multi-slot memory card for the PSX that was partially battery powered. I didn't realize, however, that when the battery died all the saves died with it. I lost a ton of save games, mostly from Final Fantasy game, that way. And it didn't last 15 years either, more like 3 or 4.

And modern games have save corruption all too frequently.

Are we never safe?

Gosh, I forgot about those PS memory cards we had, Travis! Mine are some where around here, along with GameCube memory cards. I like how the PS3 emulates those cards for PS1 games.

Otherwise, I don't really recall running into much difficulty with saves. Yes, hard drives and other storage devices fail. What about saving to "the cloud?" That could help if you have Internet access. I'm not sure how many games actually do that, but maybe it's something we're likely to see more of. Maybe.....what do you think?

Cloud saving will save your ass, no pun intended. But for many things it requires a paid account, and corrupted saves can also sync. It helps significantly, though.

Yeah, don't you get some kind of cloud storage with a paid PSN account? That's what I was thinking about.

Also, what about just replacing the batteries in those carts? I don't know how difficult that would be, but perhaps that's an option.

Not terribly difficult with GameBoy carts apparently. But the NES requires some more work.

Neat little hack I found, I got a 1st gen DS from a friend, and bought an AceKard aka R4DS aka modchip. It is a DS cartridge that carries a microSD card and runs it's own OS, allowing you to run emulators, watch movies (after formatting to a very obscure format), and play music. With another mod card that fits in the GBA slot, (I had to modify mine because it was for the slims and had a lip on it), I was able to play game boy advance games without even an emulator, everything is simply stored on the card. It enables you to play all your favorite old games again, and save them. Plus it requires no hardware modifications or firmware changes on the DS. Once you take the card out, it's just a regular old DS again.

Those all sounds like good options. I have some fear around doing electrical work though. I think the best long term solution is emulation though. Looking into what would be good there, i'd prefer a system where I don't have to mod this or that so the i've been looking seriously at the GCW Zero.

I have replaced NES cart batteries, with no soldering experience. It was fairly easy. I took out the old battery, and soldered in a battery that could be easily replaced in the future. The hardest part was getting the appropriate screwdriver to open the cart. :)

I failed to mention one other possible solution. Nintendo does offer some games via their virtual console. You can check their game shop. While not all games are available, some are and you can play them on your DS, Wii, or Wii U.

Will: That's not a solution I love but one i'll look into for my Gameboy games. I really don't want to destroy them with a case of sweaty butterfingers.

@jdodson check the link I posted up earlier about the gameboy games. No soldering needed, apparently.

Also there's no modding involved with the R4 that Zach mentioned, or the CycloDS that I have. It's just a DS cart with a microSD slot. And there are ways to run original gameboy games with them with some success. I got Links Awakening running. I think there are a pretty good amount of emulators for it. And again, there's no modding involved since it's all running from a cartridge.

Basically, standard DS carts are loading a rom that you play-- the R4/Cyclo just lets you pick one of many to run.