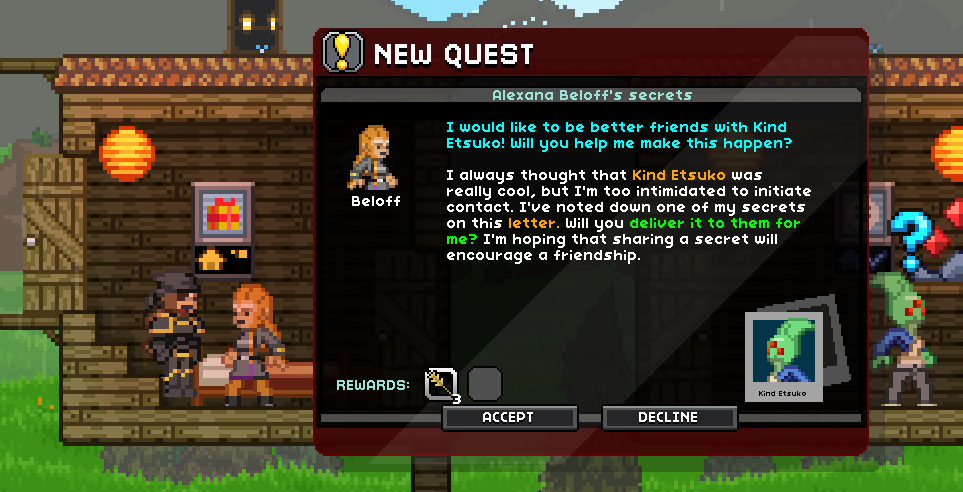 Lots of us boarded the Chucklefish hype train and pre-ordered Starbound the second we could. As we played the game we all realized it was a solid foundation but didn't live up to what we were expecting. As the updates happened some of us played it and some of us lost interest. I think we all want the game to be fantastic and recently there is some great news on the game moving to a 1.0 release.

I'll clip out some relevant text, but I urge you to read the entire linked post below.

"So here we are, only a few updates left before 1.0 and I wanted to give you a run down on what to expect.

There are 3 updates planned before 1.0. The combat update, the story update and a miscellaneous polish update.

So what will these updates contain? There are a great number of additions planned. Highlights include an entire set of missions, an opening mission that will explain your role in the world, a great deal of new quests that tie the world together, a cast of wonderful unique characters and a huge amount of new content. It’ll also include a much improved pet system, a new means of scanning and examining the world, the much improved reimplementation of survival mechanics like hunger and more.

We plan to support Starbound far beyond the 1.0 release. We’re building a universe that’s capable of being taken in a great number of different directions and we’d like to start polling the community to find out where you’d like it to go next."

I plan on playing Starbound again after it hits the magical 1.0 release and if others are interested it might make sense for us to co-ordinate to play it together. Also, what do you think of Starbound 1.0 is this something you will be checking out or have you moved on to other things?

I played this right after it was available, and haven't played it since because I want to be wowed and not burnt out by the time 1.0 hits. I'm greatly looking forward to 1.0, and I hope it lives up to what I hope it can be.

I've played a few different versions of it and I love how it has vastly improved over my original experience. Therefore, I look forward to more! I don't believe I've played the latest version though, so there are likely things I haven't yet experience.

I played it off and on and am really looking forward to 1.0. My daughter likes to watch me play this one, so she'll be excited too.