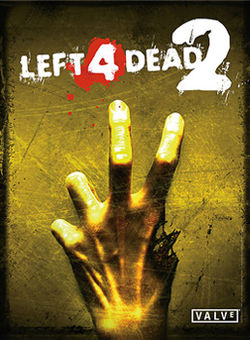 I have wanted more major players to port games to Linux for years. For along time iD was the only AAA developer that ported its games to Linux. Occasionally other companies would dabble in it but it was largely ignored.

As Windows 8 is nearing release some people are not happy with the direction Microsoft is headed. Gabe Newell recently called Windows 8 a catastrophe and make no secret that they were going to be porting Steam to Linux in response. Valve has stated the first game they are porting to Linux is Left for Dead 2 and have posted an update about it.

"After this work, Left 4 Dead 2 is running at 315 FPS on Linux. That the Linux version runs faster than the Windows version (270.6) seems a little counter-intuitive, given the greater amount of time we have spent on the Windows version. However, it does speak to the underlying efficiency of the kernel and OpenGL. Interestingly, in the process of working with hardware vendors we also sped up the OpenGL implementation on Windows. Left 4 Dead 2 is now running at 303.4 FPS with that configuration."

Really excited to see this happen. I hope more developers follow suit because it would be nice to not have to dual boot for to play games.

...hmmmm... i just started liking windows again, don't do this to me.

I'm sure it will still be around :) having choices isnt bad plus I imagine this may be a pre-cursor to a Steam console.

I'm all for a linux based Steam. Actually, if they can pull some more gamers and publishers, maybe linux will finally be used by more than geeks.

I hope so. Its a fine operating system and after playing the newest humble ports on Linux I am pretty convinced its ready for prime time gaming. Might have been a few years ago, but the UI and such has finally come into its own and its pretty damn good right now. Then again, I am programmer.

Actually, I've wanted to use linux boot disks with games as a console-like experience for games for a long time. That is, ship a bootable disk that used linux and a linux version to make the game as fast as possible on pc hardware. I pushed at several companies for linux versions -- but it always fell on deaf ears because of the install base, ignoring the fact that you could just tell people to reboot and the game would be MUCH faster... and gamers go to great lengths to eek out more performance. We (as developers) would spend so much time working around and just not being able to control windows at a low-level that it was painful... And those of use who loved being able to code for consoles and eek out every last shred of performance from the machine, LOVED it... Until xbox came around and brought along the windows-isms to consoles (including the painful directx rendering performance). I can't tell you the amount of time I spent lobbying Microsoft for just a couple changes to directx on xbox to vastly improve performance... ah so sad. (I got out of the game before the 360 hit shelves, so maybe they got better there, but I doubt it).

I remember Gentoo doing something you mention back round 2005 or something. I found a Linux distro for gaming:

But I remember Gentoo making a bootable CD or DVD with Wolfenstein Enemy Territory that booted from the disc, with the right drivers and such to just play games. I don't remember that is was really popular, but it was something I remember being tried out back in the day. I am not sure if there were any performance gains, I imagine going right off the CD/DVD was kind of a hit right there?

I really notice how much better gaming is on my PC than the PS3. Load times are cut considerably, nicer graphics and the game is just a smidge more responsive. Still, in general the console experience even with a reduced FPS is a bit more polished in the UI.

Anyways, not sure where that last part came from but rad-sauce!

As a side note, which distro are you using now?

Latest Ubuntu LTS. Server and desktop depending on the context.

At one time there was a company doing nothing but ports of games to Linux - Loki Entertainment. I played many hours of Civ:CTP on Linux. I think they were ahead of their time sadly.

Loki was cool. Too bad they folded. A few good things happened from it though, SDL, the Loki installer and Ryan Gordon :)

I have a hunch he is working on Steam and Left 4 Dead 2 for Linux but he hasn't said officially. If I see him at PAX ill ask :)

There is also http://www.linuxgamepublishing.com/ but I never actually bought anything off them... (something about their site/messaging/communication that made them feel fly-by-night).

Also Neverwinter Nights (the first version) has a linux version... Not to mention the humble bundles have linux versions.

I played Neverwinter on Linux, it was a good port!