The Bethesda.net PC Launcher Takes An Arrow To The Knee 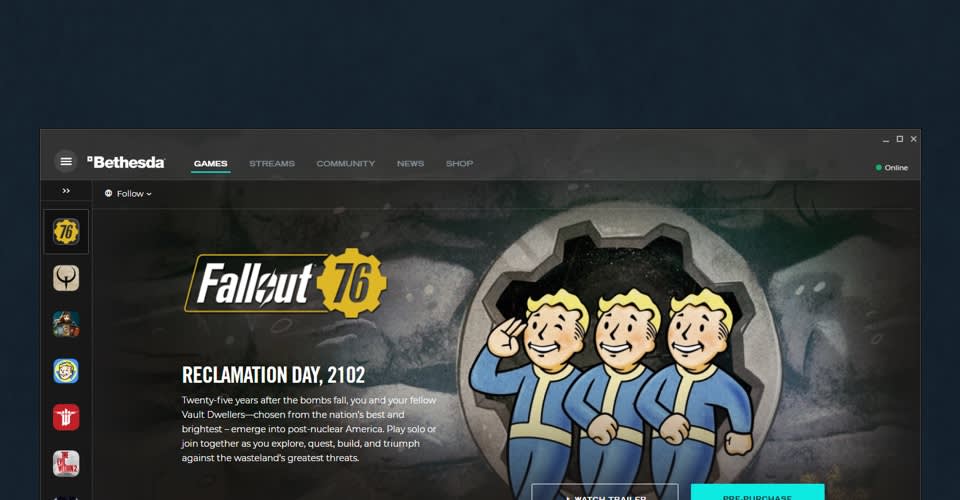 Bethesda sent out an email to all of it's PC launcher (think Steam but only Bethesda games) users about the service being shutdown this year. I'm wondering if this move is part of the fallout from the recent Microsoft acquisition as Microsoft already has a storefront and they are also very happy to use Steam as a platform alongside it. In a PC landscape where each large publisher builds it's own bespoke launcher it's nice to see some consolidation. Steam is the clear leader in the PC landscape so I don't love seeing everything move to one service entirely, I also don't mind seeing my Bethesda.net games move over to it.

You can read the whole email Bethesda.net sent to it's players below:

In early April, you will be able to initiate the migration process following detailed instructions we will have available to you then.

We expect you to have a lot of questions and encourage you to take a look at our comprehensive FAQ. For those of you looking for questions specific to Fallout 76, we also have a Fallout 76-specific FAQ on Fallout.com.

Until May, you will still be able to access and play your games on the Bethesda.net Launcher, but we suggest that you start the migration process as soon as it’s available. "

I just read that email. I don't have much to migrate, but it will be nice to be able to switch my games to Steam. I just hope to pay attention to any notifications I receive about it in April, otherwise I'll probably forget about it by then.

So I bought a Fallout 76 mule account when it was super cheap. Launching the game without signing in through the launcher would give you a Bethesda login prompt and you could login through that method. That way I could login twice and alt-tab between them. I wonder how that’ll work now, since I don’t think you can sign in twice with steam.