Bethesda just released more details of what will be shipping 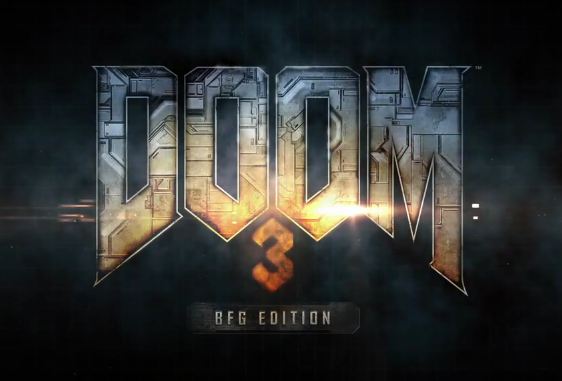 Bethesda just released more details of what will be shipping with Doom 3: BFG Edition. A snip of some interesting bits:

"ONLINE multiplayer for Xbox 360 and PS3:

OFFLINE multiplayer for Xbox 360 and PS3:

On PC online Multiplayer for DOOM 3 and Resurrection of Evil is 2-8 players.
On PC there is no multiplayer options for Doom and Doom II."

Bummed that the PS3 version won't ship with split-screen multiplayer. Bethesda notes that the reason for that is Doom 3: BFG Edition is based on the PC version and split-screen only shipped with the XBox version. Kind of a bummer thats not available for Doom 3 but I am seriously excited about playing Doom and Doom 2 split-screen with my friends!

I feel like the PC should have more content then the consoles considering it is a much better system. Lately, I feel as though the PC players have been getting jipped. They never seem to put as much effort into the PC version of games.

I can understand some PC game having less, but it's obvious that all of these started on PC, so you'd think it would make the most sense that the PC version would have all the bells and whistles.

True thats a huge disappointment as me and my brother BR and some friends are really looking forward to playing multiplayer together. Doom was such a classic in my generation i remember playing it when i was young.

Doom was a classic for me as well(its why I keep posting about it). I carried my floppy of it around with me everywhere so I could play it wherever I went.

It is unfortunate that the multiplayer is out for Doom and Doom 2 on PC. I understand the reason but yeah... Pretty lame. I am getting it first on PS3 so ill have it but it would be pretty awesome to go through it with you all in co-op. That would have been fun.

This is a bit offtopic but have you seen the "remake" more like "remastered" version of baldurs gate being made? I've always wanted proper multiplayer support for easy playability with friends. If the multiplayer is easy to access this time around I'll have a blast with it as I don't like controlling 6characters by myself.

Jon: "I understand the reason but..."

What's the reason? I don't understand it at all, and would appreciate some enlightenment :)

panickedthumb: They released Doom & Doom 2 for XBox and it included multiplayer. I imagine the multiplayer had some console only elements to it. In the article, they list that as the reason I believe.

Jacob_Richardson: I did hear about the remake and plan on picking it up when it ships as I never played Baldurs before.

Ah, I didn't see that in the article. Still, you could do multiplayer over dialup on PC back in the day ;)

It's true. I think it's sort of a cop-out but it's less servers they have to sort out I imagine. At least LAN would have been something.

LAN or splitscreen even. I don't know how possible that would even be on the old code, but I imagine it's a "new" engine or at least updated enough to run properly on new machines. You can do splitscreen multiplayer with two mice and keyboards on some PC games these days.

I know, but it's also a matter of time and the return on that time spent. I'd do it personally but I'm not sure the time constraints at iD.

Some of those are amazing too. I haven't even looked into them in about 5 years, but back then they were already amazing.

I know what I'm doing with my Sunday.

Let me know what you find :D