Zillions of Things Attached to Transients 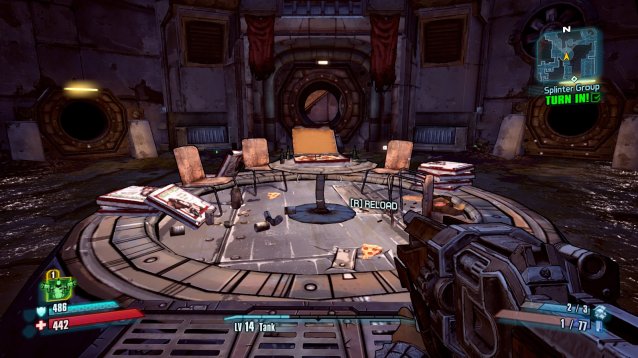 Borderlands 2 is quite a lot of fun. As I continue on with it I keep running into quests and events that make me smile. The loot I am collecting is pretty bad-ass too. Compared to other loot based games like Diablo 3, Borderlands has it beat in my view. I never feel like any weapon I collected in Diablo 3 held any advantage over another save attack power going through it the first time. I have nabbed a few items now in Borderlands 2 that are not just overpowered awesomeness, but have unique abilities that actually can change how you play the game.

For instance, I got a shield that when depleted, explodes a few times. When the shield depletes and the explosions start I jump further into the fray. This can be used to totally level a room and is quite a bit of fun to boot. Sometimes it doesn't work, but death isn't a huge deal in Borderlands. Paired with the Gunzerkers healing when you pop into Gunzerk mode, this shield ability is pretty powerful. I held it for quite along time until just recently I picked up a shield that has a chance to absorb bullets and return them to my inventory. All this awesome stuff and I am only level 15.

Came across two quests I thought were really awesome I wanted to share. "Splinter Group" is a quest where you head off to kill mutants. You have to start off by getting a pizza from Mad Moxi's to deliver. The mission starts out with you killing mutant rat men and finally end off taking down 4 dude talking mutants with ninja weapons. The gun you get for completing this mission looks an aweful lot like the Ninja Turtle van as well. As you start the mission there is a QR code on the Pizza Box and after a ton of screwing around got it to translate on my phone to:

Another such themed mission was a serious nod to Top Gun and it was fun to notice the person that gave me the quest was called "Loggins."

It's very hard not to think of Diablo and Borderlands similarly. Take Diablo, make it first person, put it in a futuristic setting, and you have something close to Borderlands. A few more tweaks, and you're done.

Also, all the scanning in the world was never able to get that QR code to work. I haven't done that mission yet, but there's pizza all over Moxxi's place anyway. Nice to know what the reference is.

Borderlands is similar to Diablo but somehow I love it more than Diablo 3. I just think its more akin to my style.

When I unlock any other QR codes ill post the text.

How far are you in Borderlands 2?