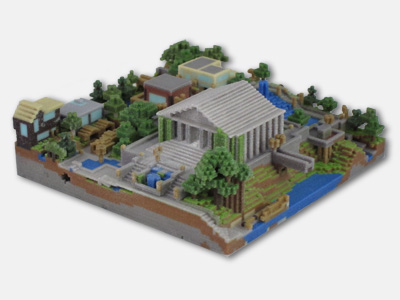 I have lots of little bits of gaming info that don't make sense in a larger post. Every week I will release them in a General Discussion post called "Dat Firehose." I will keep all the updates to two or less sentences and a link.

SimCity's creative director Ocean Quigley puts in his two cents about the new UI in the upcoming SimCity 2012:

FigurePrints is a company that takes your digital things in Minecraft, World of Warcraft and XBox Live and prints them out for you to own.

Castle Into Darkness is a new Indie game that recently released an intro for free download. They are asking people to give it a spin and comment on it.

Apparently there is a new Game Genie and it works with PS3 and DS.

Whoa... Game Genie. That said, I don't see any mention of it working for PC, just that you can transfer your saves to PC for editing.

Thats how it works, it edits game saves.

Oh yeah, its for PS3 and DS. Correction made!

Hey, if it can be thought of there needs to be a company for it. Hard economic times and all that :D