Games Club - What Next? We're looking for help in deciding the next game we jump into for the month(-ish). Go here to vote: http://goo.gl/qO87UO , then join us in playing and sharing your experience!

We'll post a link to the event here in this post as soon as we get a clear winning title.

Ah, it's back to neck-and-neck with Half-Life 2 and Last of Us.

If they end up tied, want to just flip a coin and which ever wins goes first, then we get to the second one after?

I seem to recognize all but one of those games by name and I haven't played any of them. So, that's why I haven't voted. I did see a demo for Half-Life 2 on Steam, perhaps I'll give it a try some time.

Yeah if there's a tie in the end we'll just flip for which one do to first, then just make the other game our next one. :)

I accidentally voted on Half-life 2 twice. So you should take one away from that count.

Looks like Half-life 2 took the lead, but then again Jon apparently voted for it twice. >.>

Let's give it until Wednesday Night's Roundtable. If there's a tie, we'll flip a coin on the show. We'll start the next Games Club on the first of April. :D

Listen voting is hard OK. All that clicking and remembering if you clicked. So many details! 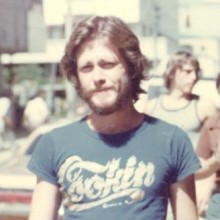 I started replaying HL2 a couple months ago and got distracted. This would be the perfect excuse to get back in the saddle.

More reason for Half-Life 2 to be the game we pick.

I just tried this out briefly, and it's noticeably better looking all around, without feeling like a mod, if that makes sense. Really well done.

I'm calling it and naming Half-Life 2 the official winner. The official start time for the event is April 1st. :D

I should probably play the demo a bit more to see if it's something I want to play. I played it very briefly and haven't gotten into combat yet. That's cool, about the update mod. Even though the game is a bit dated, I didn't feel like it looked bad. I haven't really played FPS games in a long time.

Since I'm playing Diablo 3: Reaper of Souls (see my event for why), I'm thinking it would be a good Games Club game. I also think in June, Terraria, would be a great pick for when 1.3 is released (we may even want to create another server).

We will create another Terraria server for 1.3, this goes without saying. It's a bit more than Games Club though since we'll all be playing together.

Oh yes, we will definitely set something up when the Terraria patch hits.

Awesome about a Terraria 1.3 server. If you need any kind of help let me know. I could attempt to run a server from my PC and we could test it.

Thanks for sharing that Half-life 2 mod Travis. I liked the water effects. I wonder what kind of machine you need to run this now that the game supports enhanced lighting.

I still maxed out everything with no issues on my meager set up.