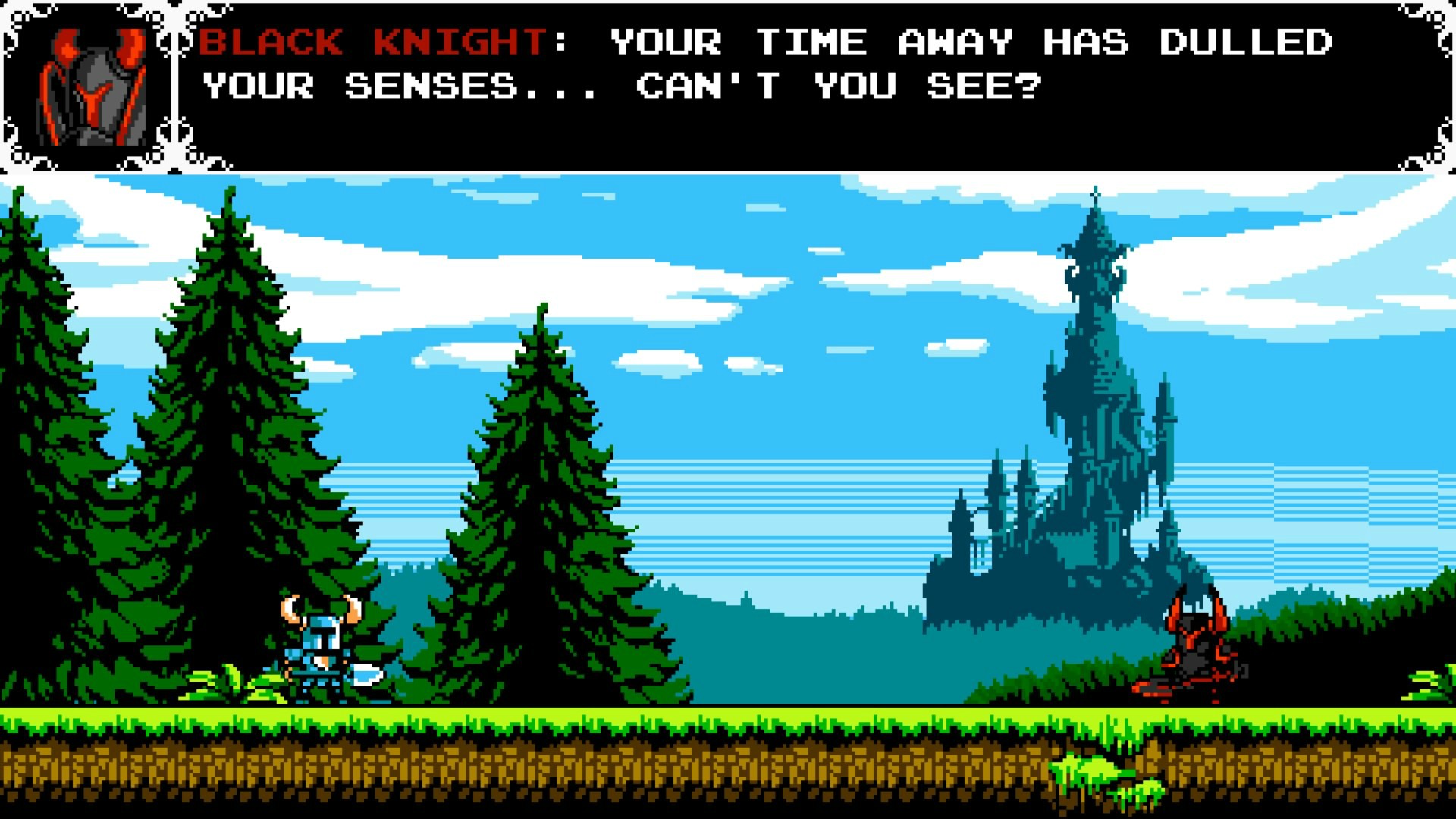 Everyone's favorite cerulean utilitarian warrior is making his debut to your fancy next-gen (current-gen?) consoles, namely the Xbox One and Playstation 4. Playstation fans will also appreciate the cross-buy option for PS3 and Vita (buy one, get all). If you own one of those Playstation systems, you can get it now. Xbox Oners will get it tomorrow.

As far as the console versions go, there doesn't seem to be anything really that diff.... OH, YES THERE IS! Xbox One owners of Shovel Knight will see a certain group of amphibious fighters (i.e. the Battletoads!) featured in their game, while Playstation owners will be tested to find the Ghost of Sparta, Kratos, from the God of War series. Fine holiday fun!

Others have already written quite a bit about the game here on the site (http://cheerfulghost.com/game/24077), so as far as my take on the game: it's brilliant. I'm thankful to have received a review copy, and having never played Shovel Knight until now, I can totally see what all the buzz is about. It's a beautiful Duck Tales/Megaman blend of a Metroidvania platformer. I love finding secrets in games, especially when they are cleverly hidden, and there are mountains of secrets to dig up in Shovel Knight. I appreciate that the developer, Yacht Club Games, doesn't go over the top with goofiness, as could be tempting for some when you start replacing weapons with gardening utensils, or using water-carrying maidens as a boost to reach the top of that roof. THAT POOR WOMAN! I really needed that sheet music, though. Hopefully, she'll be a playable character in the sequel.

Isn't it fantastic? I was so blown away. It perfectly replicates that nostalgic NES feel.

It really feels like a lost treasure, rather than a new game. I got a similar feeling from FEZ, but Shovel Knight has that sweet 8-bit sheen to it. Such good fun!

Cinemassicre did a recent video on the Battle Toads XBone crossover: https://youtu.be/rrSbdeW3_hI?t=430