In an Instant, My Geek Prayers Were Answered 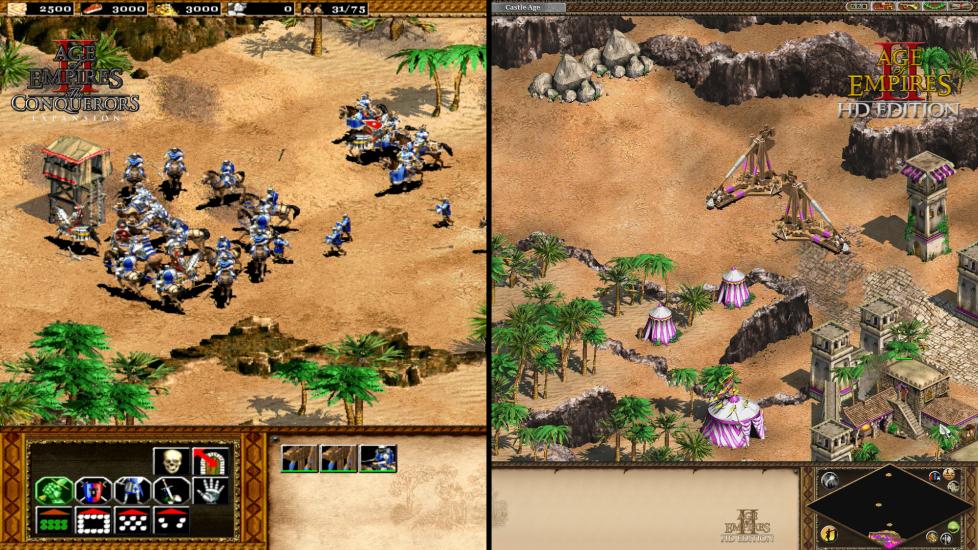 Sometimes things happen that seem like the world is giving you a high five. Today was such a day in that Hidden Path Studios announced that they were releasing Age of Empires 2 HD. Yes folks, one of the the most amazing Real Time Strategy of all time is being re-released for modern systems on Steam!

Take a moment... breathe... this is really happening.

A bit of the press release:

"In Age of Empires II: HD Edition, fans of the original game and new players alike will fall in love with the classic Age of Empires II experience. Explore all the original single player campaigns from both Age of Kings and The Conquerors expansion, choose from 18 civilizations spanning over a thousand years of history, and head online to challenge other Steam players in your quest for world domination throughout the ages. Originally developed by Ensemble Studios and re imagined in high definition by Hidden Path Entertainment, Microsoft Studios is proud to bring Age of Empires II: HD Edition to Steam!"

One of the things that suck is upgrading your OS and having awesome games break. Age of Empires 2 was one such game that was totally busted for LAN such that, the RTS gaming staple my friends and I played most often was removed from our lives. Now that Age 2 is finally getting the HD treatment for modern systems all is right with the world once more.

Oh right and it will only be $20 a launch and is currently marked down to $17.99 on Steam pre-order.

Its as if a million geeks cried out in Joy and were not silenced.

A light shineth down from the heavens.

Absolutely. So excited about this.

This is one series that eluded me through the years. I love that feeling, though, when you think you've lost something, then you hear it will be returned to you soon. A moment of completion that seems to happen often for gamers. For instance, yesterday, a friend told me that Nintendo was remaking The Legend of Zelda: Wind Waker in HD for the Wii U!

@script: Totally. I also think this is like a piece of culture being lost and now coming back. For this game, it is so popular there is a economic incentive to bring it back in HD. The really sad thing is for games where it doesnt make economic sense to do that and they are lost.

For that reason I really appreciate companies like iD releasing the game source. DosBOX and other emulators make it less of an issue, but for a better long term solution, opening up the code on old games is a better option.