What Are You Playing - Summer Edition 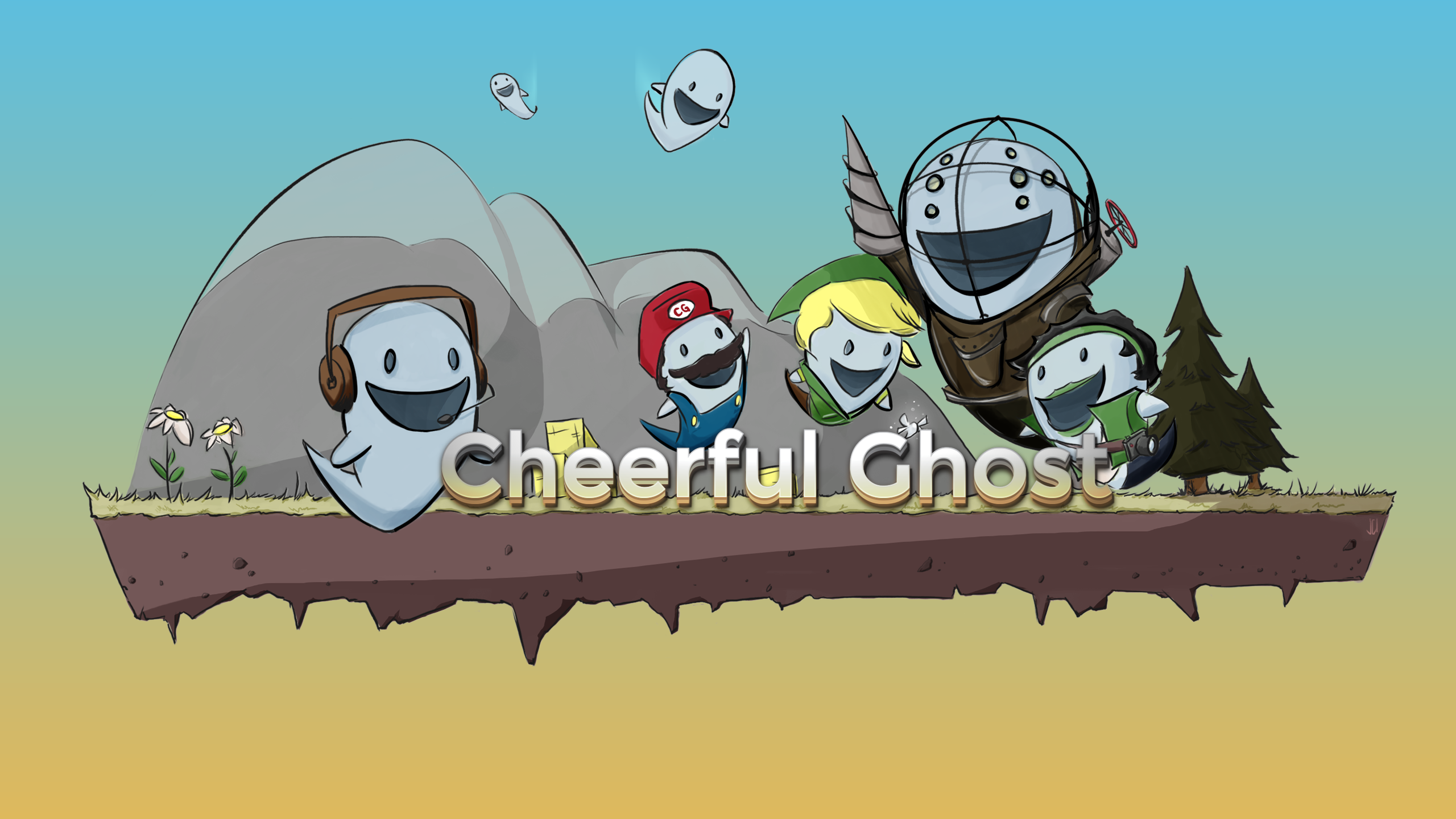 As Summer is now in full swing I am wondering what everyone is playing right now?

I play Hearthstone daily and am currently saving gold for the next 4 wings of the upcoming adventure. I'm also playing FTL, the new Doom and a iOS game called Gem Hunters.

Let me know in the comments what you are playing as well and if it's worth looking into!

I finished FFX (HD Remaster) and Doom. Now I'm playing Fallout 4, because of the Far Harbor DLC. However, I haven't started it yet, instead I'm going around collecting a bunch of stuff like the bobbleheads and magazines I've missed. I'm going to go after some of those great weapons and stuff, too. I'm not sure whether or not I'm going to attempt to complete all the misc. quests.

Once I finish w/ Fallout 4 I'm moving on to The Witcher 3 again because it just had a DLC released as well. Maybe after that I'll play FFX-2 (HD Remaster).

I'm still playing a bit of Ark, but not much. I got on the server a while ago and helped with some things. I also started a new single player game on The Center map, which is now an official mod. I'm interested in other mods, so I may start another new game with those (particularly Annunaki Genesis).

> Once I finish w/ Fallout 4 I'm moving on to The Witcher 3 again because it just had a DLC released as well.

Some day I plan on picking up Witcher 3 and all of it's DLC. I can wait though as I have many other games right now and I imagine at some point the whole package will be available in one bundle. Heard really great things about it. Have you completed Witcher 3 Greg?

Yes, I finished The Witcher 3 and I absolutely love it! The story was quite epic, I cared a lot about the main characters. There are a lot of quests, so there's plenty to do. I do strongly recommend it.

I tried (unsuccessfully) to play the first Witcher. It was just super clunky and not very fun. But I hear it's worth getting through, and that Witcher 2 fixes all those issues.

As for what I'm playing, Doom and Fallout 4. I decided to do both kinda alternately but I got the Far Harbor fever and haven't gone back to Doom. It's really, really good.

I just finished Dishonored (finally), and found it to be quite good. Now I've moved onto Deus Ex: Human Revolution, which I've had to start over because I can't remember what was going on when I left off. Also picked up Oxenfree on the PS4, which I can't tell yet if I like. Rocket League is ever-present. I really want to get on that Doom train, but it will have to wait.

Because of recently binging and catching up on Game of Thrones, I've also been visiting Skyrim, not so much to play through it, but simply to be in that environment. It feels like an extension of that Song of Ice and Fire universe, in a way.

Deus Ex Human Revolution is one of my faves. The director's cut which includes some cut content and offers a few more choices in how to handle things is apparently the way to go but I haven't played that version.

Last weekend I found myself binging again on Game Dev Tycoon. Finally created my first 10/10 game lol.
Other than that I've been playing Bejeweled Stars for a few mins here and there.

The Director's Cut is what I'm playing, and a secondary reason for starting over. I think it was a free upgrade through Steam a while back. It's hard going from Dishonored, with such smooth movement mechanics, to DE:HR, especially since both are heavy-leaning stealth-optional. DE:HR is a bit more cumbersome, but good on gadgets!

Is anyone playing, or considering getting into Overwatch? I know a few of us played the beta. I never took advantage of the PS4 beta, but with the $20 price difference on PC, I think I'd rather that route, if I took the step. I definitely enjoyed the beta, but it seems like everyone playing is completely smitten with it.

I didn't really enjoy the first Witcher game. The second was better, but the third was absolutely wonderful.

Seriously though since you installed that from Steam it's showing that you're constantly playing it. And what the hell, it has achievements?

I installed that straight from their site. Seems weird to have it tied to Steam.

Interesting. Yeah, I installed it via Steam before I got my new GPU. I have it run at startup. Windows says it's running, but I don't see it unless I load it myself.

> I tried (unsuccessfully) to play the first Witcher. It was just super clunky and not very fun. But I hear it's worth getting through, and that Witcher 2 fixes all those issues.

The first Witcher is rough but I may have liked it more when it first launched? It doesn't hold up as well I think if you haven't played it before. W2 is better but for whatever reason, I didn't continue on with it.

> Because of recently binging and catching up on Game of Thrones, I've also been visiting Skyrim, not so much to play through it, but simply to be in that environment. It feels like an extension of that Song of Ice and Fire universe, in a way.

I really like the Skyrim atmosphere and music. In a way, more than Fallout 4 but I like the F4 story and gameplay more. If that makes sense.

> Is anyone playing, or considering getting into Overwatch? I know a few of us played the beta. I never took advantage of the PS4 beta, but with the $20 price difference on PC, I think I'd rather that route, if I took the step. I definitely enjoyed the beta, but it seems like everyone playing is completely smitten with it.

It's the huge game of the moment and I enjoyed what i've played so far but I didn't like it enough to pick it up. It's a good game but nothing I need to play.

And yeah, Travis is right Steam says you are playing that all day. I wonder if they hacked the app to crowd out other games because I know you play other games and I don't see you playing those.

I read up on it. If you install it via Steam and then you have it auto-start, it's naturally running in Steam all the time. The only way NOT to get it to do that is to not have it auto-launch, and to launch it AFTER the games you run.

It's not so much that it's hacking the app, it's just that it's software being run through Steam and it runs constantly, so it effectively does crowd out all the other games. It's acting the same as it would if you set a game to auto-start.

But then the in-game stuff doesn't work for it.

So yeah, it's a terrible thing to even install via Steam. Uninstall that shiz and get it from their website :D

Ah, I see. Will do, thanks for letting me know.

After a couple days it might rank higher in your most played games list than Terraria. That alone means it should be killed.

WRT Overwatch: No interest, as I already see people complaining about others "not understanding the meta" and "having to carry" people who suck. And comparing this and that to LoL and this and that to DotA. Nope, pass.

This is definitely not the game for me. Just give me an arena shooter already. I was hoping for one with Doom but that was a major waste of multiplayer.

What's wrong with the multiplayer in Doom?

Also, I was understanding that Overwatch was basically Team Fortress 3, not MOBA-esque, so curious about the comparisons to League and DoTA :(.

Shoot, Ark is my most played game at 1074 hours. But, I uninstalled that app and reinstalled the one directly downloaded from EVGA's mirror link.

If Overwatch is TF3, then I'm wrong and it may be way more fun, just going by what I've heard.

Doom multiplayer (based on what I played in the beta and the one or two matches I played on the final release) is an attempt to meld the old arena shooter ways with CoD and the like. It feels like it's trying for arena shooter but never landing because of the changes made to make it more like modern shooters. Weapon loadouts have no place in an arena shooter, for instance. It't not that it isn't good, it's that it isn't great. There's fun to be had, but it's definitely not what I was hoping for.

Overwatch is like Team Fortress 2. I played during Beta and sucked up a storm and no one said anything to me about it. There are matches people play against bots and against other humans. Bots are fun because our team won. Against humans we died each time, I just wasn't helping.

From my limited experience Overwatch doesn't have as a bad community, but even that all said, i'll wait till I pick it up. It's a fun shooter no question, it's just not what I am looking to get into right now.

As to Doom multiplayer, I have yet to try it. I'll maybe do that tonight if I remember to.

I overlooked Overwatch. Some of my Ark friends played it, so I asked them about it and got my understanding of it from them. It looks a bit like Splatoon in the way that you have to wait online for other players to play w/ and against. I haven't played it either, I just know from watching Vinny play it. I liked shooters back in the old Doom and Quake days, but I haven't really been into them as much. Although I'm into Fallout, it kind of counts as being in that category, but I think it's so much more than that. Right now i don't have any interest in Overwatch, maybe that would change if I looked into it and watched a video of someone playing it (which is how my interest in the new Doom was born).

I haven't tried multiplayer in the new Doom yet, either. I think it'd be fun to play a co-op match against demons, but I generally don't like PVP kinds of games. If anyone plays Doom multiplayer, let me know how ti goes and whether or not there's a co-op option. If so, I wouldn't mind playing with someone, I love Doom!

As for TF2, that's what Vinny's been playing lately. I got an invite from a friend to play it over a year ago (maybe more) and I haven't tried it yet. Yet another game I have no current interest in, which could possibly changed by watching a YouTube video about it.

This is basically how most multiplayer works. :D

At least the default matchmaking thing. I assume there are ways to play Overwatch with friends.

Maybe I was just experiencing assholes talking about Overwatch. One thing I loved about TF2 when I played it was the community. It's a very tactical game and a bad player can really break your team but the community was always fun. I don't know if that's changed since it went F2P.

Wow, just joined the discord and it sounds like the...

This looks awesome, Adam. I kind of want to mint a...

Huh, this is really cool. Blockchain is one of...