Hop Aboard The SNES Omnibus For A Fun Ride Around Video Game Land! 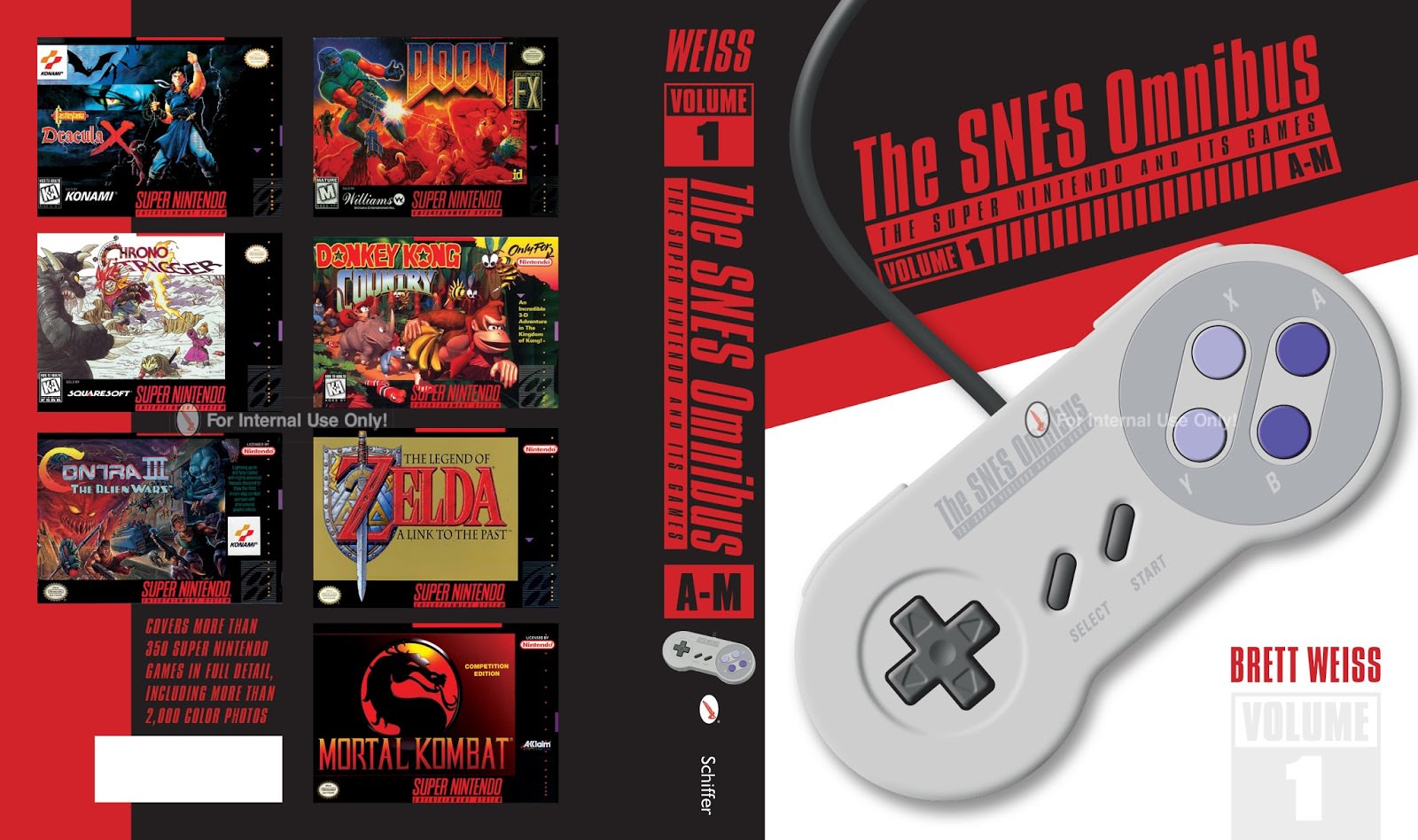 When I sat down to read The SNES Omnibus Volume 1 by Brett Weiss the massive hardback tome transported me back to the 16-bit glory of the 90’s. Immediately the book feels like a must own for the ever growing retro game community and with the explosion of the NES & SNES Classic this feels like a good companion piece. Which, if you want all my thoughts condensed at the top of this review would be to get your hands on this book any way you can. You know, if you love that sort of thing.

The author of the the SNES Omnibus Brett Weiss set out to create a listing of each of the games on the Super Nintendo as a homage to the Leonard Maltin styled movie books such as Leonard Maltin’s Movie and Video Guide and 151 Best Movies You’ve Never Seen. The SNES Omnibus doesn’t shy away from it’s incredible nerdy roots starting with the most geek friendly title of all time to it’s forward by Bill Logudice that goes into SNES technical specs.

The SNES Omnibus Volume 1 covers each of the Super Nintendo game releases in the United States starting with the letters A-M. Brett seems to respect the source material as each game is treated to a one page review and notable quotes from the larger retro game community. The Omnibus starts with 3 Ninjas Kick Back a game made from the 3 Ninjas sequel and even though the game is generally thought to be terrible, Brett gives it a very fair write up. The included notable quotables from the community might not be as kind to the game but the game really isn’t great so that different perspective is useful and often fun to read. Still, I appreciate how each game is given the same attention amazing or not and i’m sure there are a few games in this book you’d be discovering for the first time.

As i’ve said previously, the SNES Omnibus includes quotes and memories from gamers all over the retro scene as well as some very cool game websites. The book doesn’t focus on the perspectives of the most popular retro gaming or video game websites but cast a much wider net. As someone that operates a kick ass video game community review site that isn’t part of the top 50 in the gaming community it’s nice to see other such sites and voices get attention such as http://nintendoage.com, https://defunctgames.com and http://playingwithsuperpower.com.

If you sat down with the SNES Omnibus to read up on 5 SNES games per evening including all the supplemental material you’d have over two months of awesome retro reading. Which, for me, is the best way to come at reading this book with a drink in one hand and my feet kicked up on the couch. One word of warning to people with little children, as I have, I recommend waiting until the little ones are in bed before reading this book. The SNES Omnibus is a large book with amazing content and if you like keeping things in good condition read this when grabby hands are sleeping is the best way to go. The Omnibus and your ability to keep your collection in good condition will thank you!
I decided to take the SNES Omnibus to a friend get together recently to see what other gamers and non gamers thought about the book. Not too surprising it was a hit and seemed to draw the interest of non gamers. The SNES Omnibus didn’t quite make me the hit of the party but it was a nice conversation piece and I was surprised it went over as well as it did.

The SNES Omnibus Volume 1 is meant to be the first in a two-part series and the upcoming Volume 2 should cover SNES titles N-Z. This should be a great way to end the series as many classic games for the SNES such as Super Mario World, Super Metroid, Starfox and Super Punch Out! will be included making it a SUPER conclusion to the series.

I want to thank publisher Shiffer Books for sending me a review copy of The SNES Omnibus. Being able to review stuff like this is part of “the dream” of running a cool video game community and sharing that with everyone here is so much fun. Looking forward to the follow up book and when I do you all will be the first to hear what I think about it!

This looks like a great compendium, I want to snag a copy of this.

I got to see this book in person, and it's fantastic. I only flipped through it (as I didn't want to ignore everyone I was with at the time), but it has a great Nintendo Power vibe about it. I could easily see sitting down with it and getting lost in "Oh yeah, THAT game!" moments :)