By Travis on 03/26/2013   Admin
BioShock Infinite
First off, congrats to our winner on SteamGifts! That winner isn't online at the moment, but once all the dust has settled from that giveaway and it's delivered, I'll edit this post for proper congratulations.

Now, what you've all been waiting for! This has been the hardest contest to judge. It came down to two entries. We were in agreement on who the top two were, but we agreed that both were equally awesome. So we decided to flip a coin to pick. BUT THEN we decided to throw that coin out the window and just buy a second copy!

Nick's post was beautifully written, and anyone who had yet to play the game could get a good feeling of Rapture from his amazing descriptions. The detail was amazing, and the analysis of the player being the monster in the Big Daddy's eyes was very poignant.
http://cheerfulghost.com/Nick_Donahoo/posts/1133

Sparklepop's post, on the other hand, was very personal and demonstrated why the game has the effect it does on people. She described the awe and wonder we all felt, and I think we can all relate to wanting to stay up to all hours of the night playing a highly anticipated game.
http://cheerfulghost.com/Sparklepop/posts/1124

So, congrats to both of you! You're both awesome, and we're glad to have you!

To all the other contestants, we greatly appreciate your entries, and we're sorry we don't have a stack of 50 of these things to hand out.

Congratulations to @Sparkelpop & @Nick_Donahoo! I want to also thank everyone for entering, you guys are all wicked awesome! 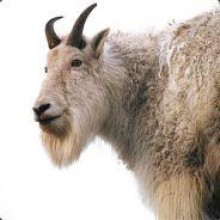 Thank you so much! I am literally freaking out right now!

Thank you so much! I never win anything so to win a game in a series that is my top 5 of all time is incredible!

I also tried to get out raiding tonight in WoW so I could still be happy...even though wiping forever tonight won't phase me, I think!

If you kind folks would excuse me, I think I just wet myself. going to go change my drawers, and possibly do a silly dance.

@Nick_Donahoo: Hahahaha, well you know if you did it would be cool because its the Internet and its not like anyone would know unless you said... oh wait. :D

@Spencer_Lingo: Id say around 30 on the site, but that's just a guess.

Congrats to the both of you! Very good posts! 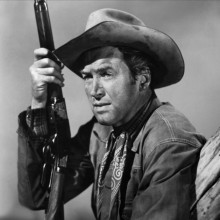 many thanks to everyone with their kind words. I doubted I was going to stand a chance, and I still feel like SparklePop trumped me, so the generosity of the folks that run this site is absolutely astounding. Ask my wife, I was still doing a silly dance about it this morning.

Yes, thank you for all the congratulations!

I'm still happy dancing over this. (But come on, who doesn't happy dance?!)