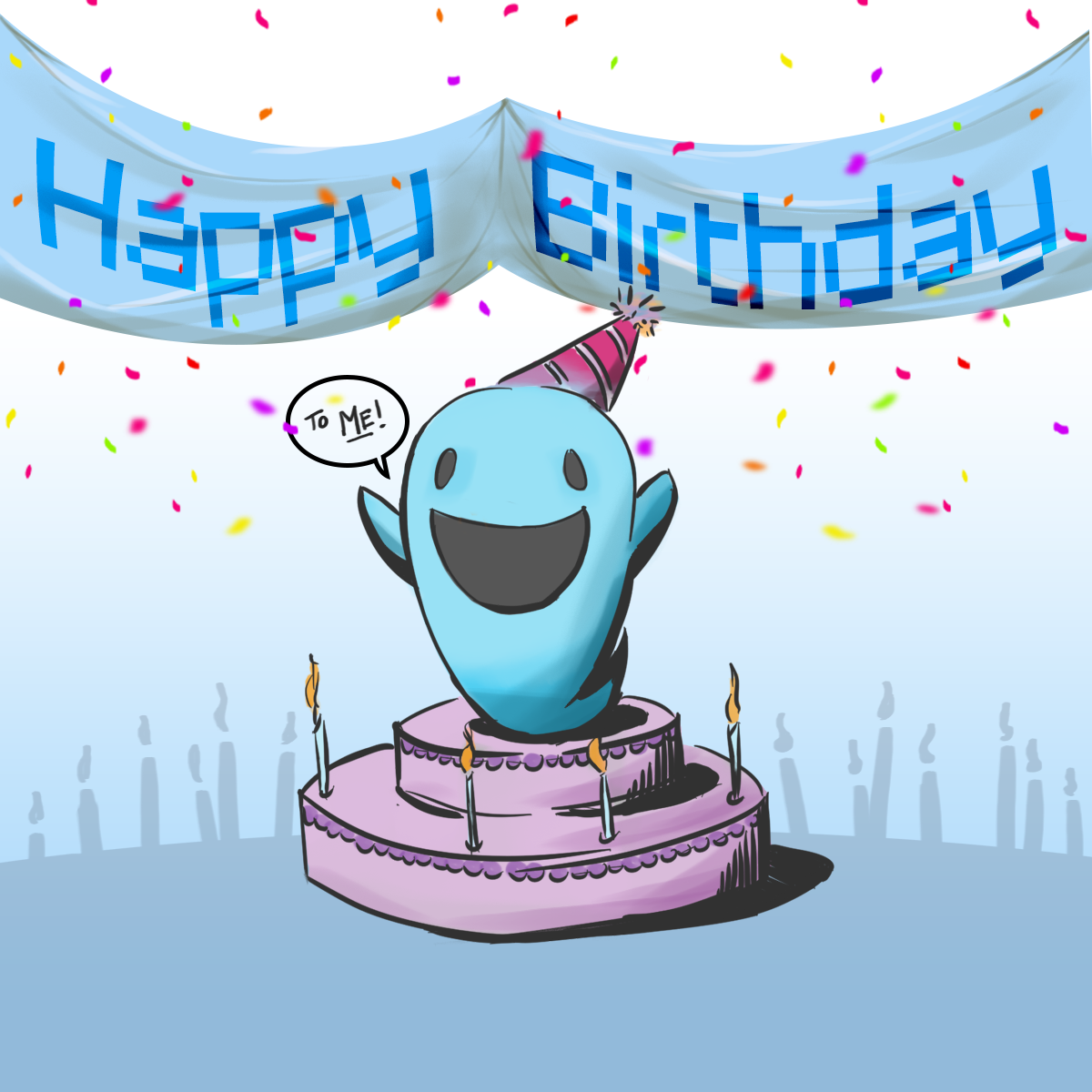 Today Cheerful Ghost turns 4! 4 is one of those years where it feels like something substantial but it's not quite 5 years but we didn't just start yesterday either. As Cheerful Ghost hovers onward in 2016 I've really been enjoying this time in gaming and how we've all been talking about it together. PC gaming is incredible right now as we have an embarrassment of riches in Indie and Triple A games. Mobile has never been stronger with a wealth of great smartphone titles as well as 2D/3DS games and the Vita is there to give people some mobile Playstation enjoyment. Consoles look better than ever at solid 1080p and the wealth of downloadable titles and pricing is even starting to match what we've all been enjoying in the PC space for years. I think moving forward one of the hardest parts of gamer life won't be going from one amazing game to the next but will be which amazing game to choose over another. Game sales seem solid but I also wonder when a Netflix style streaming or monthly subscription option will give us thousands of games to play all at once? That said, with all the games I have right now, would it matter? Who could play that much content?

Also a big thank you to Scrypt for making the Cheerful Ghost birthday art above. You can find more of his work on his shiny new website http://johningalls.tumblr.com

Seriously, it seems like it could have been less than a year ago. Great times. I'm glad you sent me a message on Facebook saying, basically "Hey, I made this site for video games and I think you might like it." Actually, I don't have my old Facebook history, I clear it every now and then, but if you do I'd love to see the conversation.

That's a good thing to kick off the conversation on this post: in as much detail as you can remember, how did you find the site?

At the time (I can't remember the date, but it must have been in early 2013, though it seems it should be earlier...), I was searching the web for sites that allowed you to catalog your game library, but also had a community. I stumbled on this budding site called Cheerful Ghost (I'm pretty sure it was through a Google search), and loved how clean and simple it was. Cool people that loved games, and a cool place to talk about that shared interest. I jumped in headlong, maybe even a little too headstrong, but you guys accepted me anyway, and for that I'm thankful.

It was just brought to my attention that I actually found this site through Reddit. I've never been a frequent Reddit user, so I probably Google searched, landed on Reddit, then linked from there. I forget things :)

I'm not sure when it was exactly (although I could check my history) I found out about Cheerful Ghost because of Travis. I don't think I got very involved until that one time I was looking for recommendations of a good game to play. I posted in the Video Game Nerds group on Facebook asking for recommendations and Travis (and possibly Jon) replied with something like "...one of us" and suggested Terraria. While I didn't jump on that train immediately, I did eventually and I fell in love with it. I believe that was when I became a regular here. I've been enjoying being part of a great community of gamers. I enjoy writing and gaming, so this site is just really right for me.

So, Happy Birthday Cheerful Ghost!!!! I also want to take a moment to thank you guys (again) for this awesome community. I've visited other gaming communities and I've seen just how different Cheerful Ghost is. This is quite frequently a very positive gaming community. People here don't spew a lot of negativity, hate, and other drama that you see elsewhere. And, even though the occasional typo occurs, people here obviously know how to spell and have a good grasp on the English language. So, thanks again!!!

"And, even though the occasional typo occurs, people here obviously know how to spell and have a good grasp on the English language."

I’d just like to share how it all started for me. I knew Jon from way back in 2004. We were both moderators on the official Ubuntu forums. We didn’t talk a TON but we knew basic things about each other, and I think we were Facebook friends at the time.

So out of the blue I get an email from Jon, with the subject line “Window Glass is an Upwardly Mobile Venture” and I can remember thinking “OK, I’m going to have to tell Jon his email account got hacked. But I read it anyway, and here’s what it said, with some things cleaned up for readability, and posted to pastebin so that this isn’t just a massive wall of text:

I was intrigued, but still not entirely sure of what to expect, and I responded as such: “Yeah man, sounds awesome. Let me know when it's online. I think I know what you're going for with it, but it sounds like something that will make more sense once I see it in action. I look forward to being a hipster cat.”

And that’s where it all began. When Jon launched the site, I joined up, and immediately dumped literally every single game I owned into it, on all platforms, and started chatting about games with people I’d never met. But I love this email that I sent back a week later, titled “One Week with Cheerful Ghost.” I read this now, four years later, and it still holds up:

Seriously, it’s hard to believe that it’s been that long ago. I had no idea back then that I’d love this place as much as I do, but It has become an integral part of my life. Not because of the games, but because of the awesome people.

(and thanks, Jon, for forwarding these old emails to me)

It's fun to go back to the first posts and see how the site has grown (No titles at first, really short sentence posts, etc).

Super happy for you Jon! And for me!